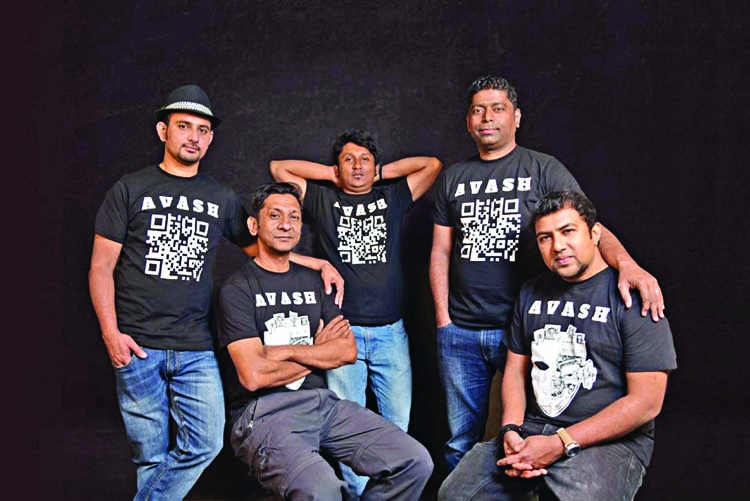 Band members of Avash. - Collected
'Avash' a new band formed by Tanzir Tuhin-the former vocalist of the popular rock band 'Shironamhin',  after a brief hiatus has released yet another new music video.  'Bastob', the third music video of the band, was released on the official YouTube channel of 'Avash' on Sunday evening. Besides lending his vocal to the song, Tuhin has written and tuned the song.
Presented by the content production company, Platform, the music video was launched at a function held at the rooftop of the AJ Tower in the capital's Karwan Bazar area. The music video gained more than one lakh views within the first 24 hours of its release.
Avash, in association with Platform, is looking for lyrics for their first album. The band will select 10 lyrics from the submitted ones for their first album.
Avash features Suman playing the guitar, Raju at the bass, Rinku as the drummer and Shaon plays the keyboards alongside Tanzir Tuhin as the vocalist.
However, Tanzir Tuhin joined the band Shironamhin as the main vocal in 2000. The band's first studio album titled 'Jahajee' was released in 2004 featuring his vocals. The singer announced his departure from 'Shironamhin' on October 6 in 2017.