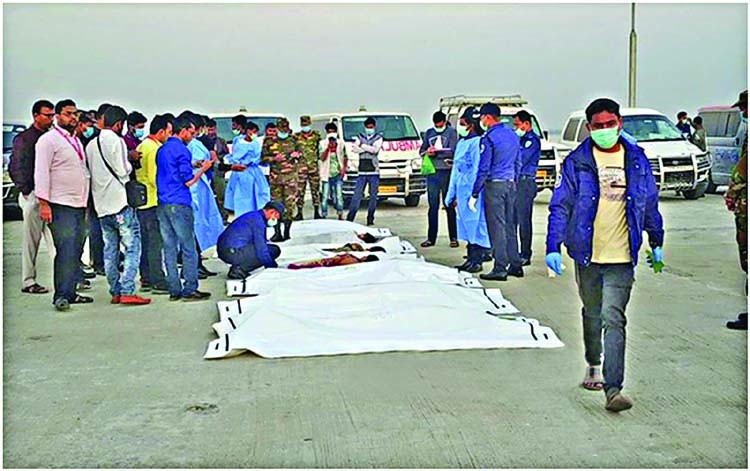 Police have rescued 15 Rohingya refugees from being smuggled to Malaysia by sea in Cox's Bazar.Two 'agents' were also detained in the process, said police.
The refugees were rescued from Inani Borokhal area near the shores of Jaliyapalong Union in Ukhiya Upazila on Tuesday morning, said SI Siddhartha Saha of Inani police outpost.They include 10 women and a four-month-old child.
Police identified the agents as Bangladeshis but could not provide further details about them.  Acting on a tip-off, police conducted a raid near the coast, said SI Siddhartha. Some of the traffickers tried to escape but they were chased down by the police, he said.
"The two agents were trying to smuggle the Rohingyas to Malaysia by sea. The refugees are residents of camps in Ukhiya and Teknaf."
The Rohingyas and the two detainees have been handed over to Ukhiya Police Station and a case was started against them, said Siddhartha.
---bdnews24.com