Be a better friend this year 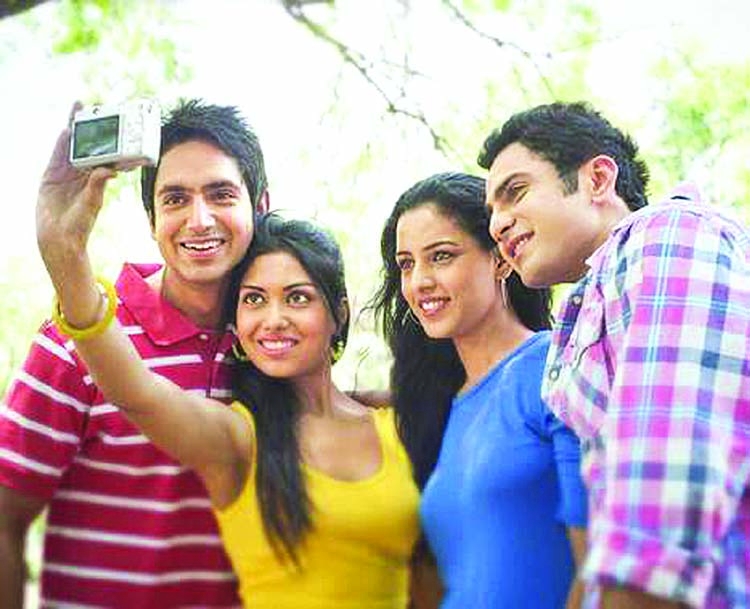 Anne T. Donahue
Show them you care and make them feel good.  Ask not what your friends can do, but what you can do for your friends. (Just kidding: Friendship is a two-way street, which means you can absolutely ask your friends for things because that's how healthy relationships work.) But alas.
To be a real friend takes more than just an Instagram post and small talk about work. Obviously I'm not an expert (because I am a flawed person who once yelled at a friend in the mall on her birthday because it was the only way I knew how to express my emotions), but thanks to my missteps, I have learned to be less terrible-or, at the very least, I have learned to be knowledgeable enough to help you be less like the versions of ourselves we morph into when we're not in a terrific place. Behold.
Listen, but engage
All of us would like very much to scroll through social media all the time, but that would be the worst. And the thing is, we know that. Especially since nothing sends a stronger message of, "I don't care about what you have to say" than half-listening to a friend pour their heart out while you're trying to check and see if whoever-you-have-a-crush-on has watched your Instagram Stories.
So, keep it simple: put your phone down, flip it over and look at the person who's speaking to you. And then engage accordingly. Our friends are not 2D cardboard cutouts of people we know-they want to be treated the same way we want to be treated. Which means that for the love of all that is good, please just be present for 15 minutes, I beg you.
Check in
I'm a person who fears vulnerability the same way many people fear snakes, so when a friend checks in on me my first instinct is to ask why they think I'm weak. But obviously, they do not-they're just making sure I'm not participating in a misery marathon all by myself. Which, ultimately, is a nice feeling (at least once I've surrendered to the idea that I am not an island).
And is why when you know you're friend's going through something, or if you haven't talked in a while, or they pop into your head, the best move is to drop them a line. It doesn't have to be a novel-it can even be an inside joke or a photo of Rufus Sewell looking weird in The Holiday (oddly the way one of my friends and I check in on each other). Just remind a pal they're not alone and that you care.
Let them feel feelings
I like to fix things, which is a problem when a friend has come up against heartbreak or a tragedy or something I can't put back together over the course of a few hours over snacks. (Hello, I'm a Virgo.) But then I remember that traditional usefulness isn't always actually useful.
In my worst moments, the friends I appreciated most were the ones who could be real about how awful something was, or who'd let me exist in the bell jar without urging me to get over it and/or move on. Because usually, everybody does. But in the first throws of the worst case scenario, you have to feel it. And the best kind of friend will understand that.
Don't make them ask
Which brings me to another point: You can always just act. Has a pal invited you over? Bring a snack or drinks or a stack of discounted advent calendars to eat in front of the television. Does a friend usually drive you around? Spring for their dinner-or, if you can't afford it, make them dinner at your place.
Pick them up something you've seen and makes you think of them. (I mean, don't break the bank, but even a postcard can feel like the kindest gesture.) Remember the type of food they hate and don't insist on going to a restaurant that serves only that food. Bring them a bottle of water or cup of coffee if you're picking one up for yourself. Thoughtfulness! Something that isn't difficult!

The writer is a freelancer