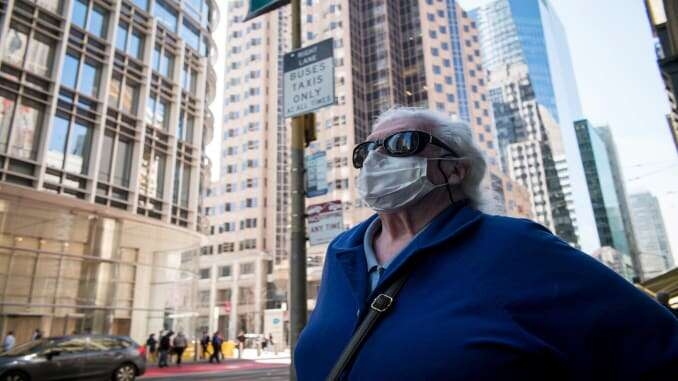 The US has reported the first death from the new coronavirus in the country, in the state of Washington.
Officials said the patient was a man in his 50s with underlying health conditions.
President Donald Trump said more cases were "likely" but that the US was prepared for any circumstance.
On Sunday, Australia also recorded its first fatality from coronavirus - a 78-year-old man evacuated from the Diamond Princess cruise ship.
More than 85,000 coronavirus cases have been reported in 57 countries around the world and almost 3,000 deaths, according to the World Health Organization. The vast majority of infections and deaths are in China, where the virus emerged late last year.
What is happening in the US?
Local health officials confirmed on Saturday that the man in his 50s died in Washington state's King County. They said he had not travelled to any high-risk areas.
Washington Governor Jay Inslee has declared a state of emergency in response to new cases in the state.
It comes as officials on the US West Coast - in California, Oregon and Washington - expressed concerns about cases appearing in patients who had not visited an area where there was an outbreak or been in contact with anyone who had.
Officials in Washington state on Saturday said they were investigating a possible outbreak of the coronavirus at a local nursing home.
Dr Jeffrey Duchin, a health official for Washington's Seattle and King County, said there were two cases associated with the long-term care facility Life Care Center of Kirkland - one a healthcare worker and the other a resident in her 70s.
Dr Duchin said about 27 residents and 25 staff members at the centre had "some sort of symptoms". Officials said more positive cases were expected.
In total, the WHO says there have been 62 cases in the US so far.
A US citizen previously died in the Chinese city of Wuhan, where the virus first appeared.
What action is the US taking?
While acknowledging that more cases were expected, President Trump sought to quell fears over the outbreak, saying that "there is no reason to panic at all".
Vice-President Mike Pence also announced that an existing ban on travel from Iran had been expanded to include any foreign national who has visited the country within the last 14 days. Iran has reported the most coronavirus deaths outside China.
He also urged Americans not to visit hard-hit areas in global hot-spots Italy and South Korea.
American Airlines has said it is suspending flights to the northern Italian city Milan. The airline will operate a single daily flight from the US to Italy, between Philadelphia and Rome.
Australia records first death
The first Australian to die of coronavirus is a man from Perth.
He was one of around 160 Australians to be evacuated from the Diamond Princess cruise ship last month.
His 79-year-old wife, who was also infected, remains in hospital.
More than 600 of the Diamond Princess's 3,700 passengers became infected on the ship which has been held in quarantine off the Japanese port of Yokohama since the beginning of February.
On Saturday, a British man who had also been on board the ship, was the first UK citizen - as well as the sixth passenger from the ship - to die from Covid-19.
What's happening elsewhere?
The number of cases in the worst-affected country, China, has risen once again.
A further 435 cases have been confirmed, bringing the total number of infections in the country to 79,394. More than 2,800 people have died in China, with 47 new deaths recorded on Sunday.
Factory activity in the country fell to a record low in February as manufacturers closed their operations to contain the spread of the disease. Nasa said an economic slowdown following the outbreak was "at least partly" linked to significant decreases in nitrogen dioxide over the country
Outside China, South Korea has reported another 376 cases, bringing the total of infections in the country to more than 3,500.
Meanwhile, France announced a ban on all indoor gatherings of more than 5,000 people as part of efforts to contain the country's outbreak.
The total number of cases of the new coronavirus in France rose to 100 on Saturday. Two patients have died.
Ecuador and Qatar have become the latest countries to announce their first cases of the virus.