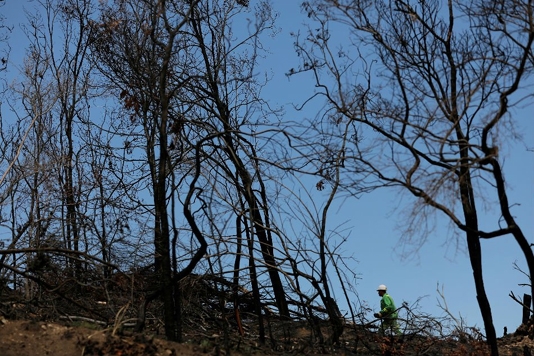 Australian summers are lengthening by a month or more while winters are getting shorter due to climate change, according to an analysis by a leading think tank released Monday.
The Australia Institute said large swathes of the country were experiencing an additional 31 days of summer temperatures each year compared to the 1950s.
While Sydney was just under the average with an extra 28 hot days a year, Melbourne added 38 warmer days since the middle of the 20th century.
In some regional areas ravaged by bushfires in recent months, such as the New South Wales town of Port Macquarie, residents are now experiencing seven more weeks of typical summer temperatures.
“Temperatures which were considered a regular three-month summer in the 1950s now span from early-to-mid-November all the way to mid-March,” Australia Institute climate and energy program director Richie Merzian said.
“Summers have grown longer even in recent years, with the last five years facing summers twice as long as their winters.”
Australia’s capital, Canberra, lost 35 winter days while the city of Brisbane, in the country’s east, lost 31 cooler days.
Merzian said global warming was making the country’s summers increasingly dangerous, with less time in winter to carry out bushfire prevention work and extreme heat causing health and economic impacts.
“Extreme heat events are the most fatal of all natural hazards and have been responsible for more deaths in Australia than all other natural hazards put together,” he said.
Australia’s latest summer heralded a devastating bushfire disaster in which more than 30 people died, thousands of homes were destroyed and at least a billion animals perished.
The crisis led to renewed calls for the country’s conservative government to cut the emissions contributing to global warming.
But while Prime Minister Scott Morrison belatedly acknowledged the link between the bushfire disaster and a warming planet, he has been reluctant to reduce the country’s reliance on coal.
Renewables accounted for just six percent of Australia’s primary energy mix in 2018, according to government figures, while the country is one of the world’s largest fossil fuel exporters. 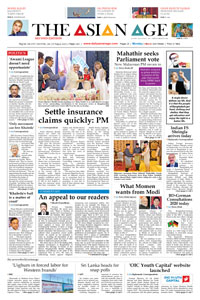