The invention of Chess

Picture a chess grand master in your mind.  Was your mental image of a skinny guy or girl in a button-front shirt and nylon-framed glasses?  Today, chess is considered to be the domain of nerds, but it didn't start out that way...
Board games resembling chess, with similar pieces, played as early as 50 BCE in the Kushan Empire of Afghanistan.
The strategic game is believed to have been used to train warriors in different battle strategies and tactics. Certainly it is a useful mental exercise in anticipating an opponent's next moves.  The Kushan version likely combined strategies from the Chinese game go, with elements taken from Indian and other cultures' board games.
With its position along the early Silk Road, the Kushan Empire was perfectly situated to meld different pass-times into a new game.Another early game that may have influenced the development of chess is ashtapada, an Indian game played on an eight square by eight square board.  Players roll a dice, and race to get their pieces to the end of the board.
This game may have originated as early as 200 BCE, and is mentioned in Chinese records from the early Han Dynasty period. The earliest known ancestor of modern chess is believed to be the game known as chaturanga, which developed in the 500s in the Gupta Empire of classical India. "Chaturanga" means "four divisions," a reference to the pieces that represented four military divisions.
The four included the infantry, which became the pawn; the cavalry, obviously now the knight; the elephants, which funnily enough evolved into the bishops; and the charioteers, which became the rooks.  Some historians posit that local prohibitions on gambling may have made ashtapada illegal, prompting the development of a strategic game instead.
The Indian origins of chess, rather than Chinese origins, are fairly likely given the presence of war elephants on early boards.  Chinese armies did not use elephants as steeds, but Indian ones certainly did. Although games such as chaturanga are mentioned in texts centuries earlier, the first recognizable chess pieces that archaeologists have found are from about 760 CE.  They were excavated in Samarkand, in today's Uzbekistan.
It seems likely that the game moved from its origination point in India westward along the Silk Road.  Persian travelers and traders may have acquired chess pieces and knowledge of the game directly from India, or from Central Asian intermediaries.  Some Middle Persian texts claim that they had learned of the game from the Indians as early as the 500s, during the Sassanid Empire's reign.
They seem to have passed the game along to the Arabs.  The oldest known chess manual is in Arabic, and dates from the 850s CE. By the 12th century, chess had reached Europe.  Scholars debate whether it came in through Spain, which was under the rule of Arabic-speaking Moors at the time, or through the Byzantine Empire in what is now Turkey.
What we consider to be the standard rules of the game and names for the pieces were likely finalized in Europe around the 15th century. It is fairly obvious that chess is a military game, given the knights and castles (rooks).  But it is also a difficult game to play really well, requiring a highly competent and mathematical mind.  Obviously, the officers who trained for war, down through the centuries, by playing chess were men of intellect as well as brawn.

The author is a historian who has spent more than five years living in Asia, and has traveled extensively in twelve Asian countries.
www.thoughtco.com 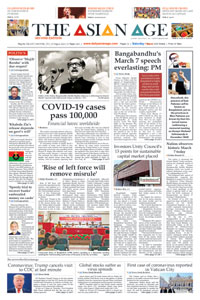