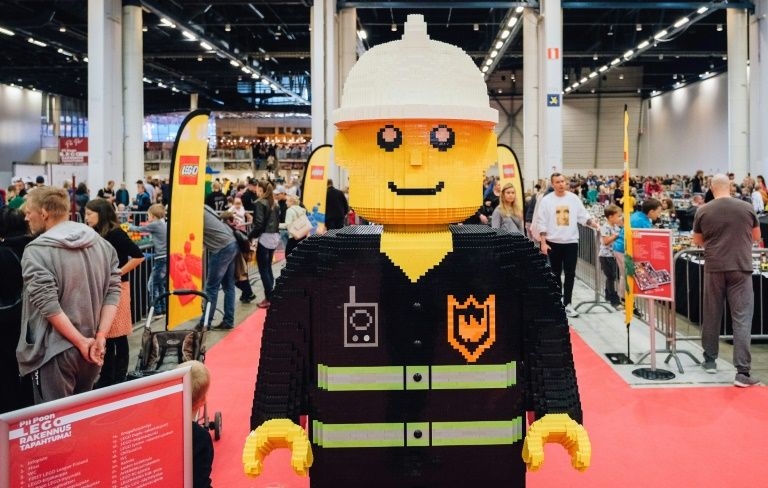 There may be a global revolt against plastic, but Danish toymaker Lego, famous for its multi-coloured plastic building bricks, remains a raging success, even if it, too, aims to go green.
Once revolutionary, then a ubiquitous material, plastic is increasingly being shunned due to the lasting harm its chemical components do to the planet.
As a result, Lego has vowed that its iconic bricks will be 100 percent sustainable by 2030.
With pieces that are virtually unbreakable and reusable for generations, Lego -- whose name is a contraction in Danish for "Leg Godt" or "Play Well" -- has always had sustainability as a leitmotiv, Tim Brooks, head of corporate responsibility, told AFP.
Now, the company just has to adapt to environmental and consumer demands.
A study by the NPD market research group showed that 47 percent of Christmas shoppers worldwide chose not to buy a toy due to sustainability concerns.
"Toy manufacturers are really embracing this topic... There's a lot of innovation in both packaging and material for toys," Frederique Tutt, a toy industry expert at NPD, told AFP.
Lego, based in the western Danish town of Billund, has no plans to abandon plastic. Rather, it aims to improve on the materials it uses.
Currently, most of its pieces are made of acrylonitrile-butadiene-styrene (ABS), a petroleum-based substance also used to make household appliances.
"We want to use plastic in a responsible way, and particularly where it is in a high quality, durable and reusable application. And that's what Lego bricks are," said Brooks.
For now, two percent of its plastic pieces, or 80 of the around 3,600 construction pieces, are made of a biosourced material, a sugarcane-based polyethylene.
These pieces are mostly trees, leaves and bushes in the kits, which do not have to meet the same durability requirements as bricks, which have to stick together tightly.
It is a technical challenge, as Lego wants to ensure that customers do not notice any difference between the old plastic and any new materials.
"We don't want you to notice it," Brooks insisted.
New pieces must have the same physical properties as the old ones: strength, colour fastness and sticking power, in order to remain compatible with older pieces.
DIVERSIFICATION
Over the years, the Danish company has evolved from simple brick kits to complex designs, such as its Harry Potter or architecture themed kits, and has made a strong foray into video games, apps, movies, cartoons and amusement parks.
That diversification has helped the group recover from its financial woes in the early 2000s. In 2019, it posted a six-percent rise in sales.
Lego encourages customers to hand down their bricks to younger generations.
"The brick has been compatible since 1958. You can buy something from the shelves today that works with something from the late 1950s," Brooks said.
The company estimates that 96 percent of consumers either hold on to their Lego kits or pass them on, stressing the distinction between Lego's bricks and single-use plastics.
In addition to developing bioplastics, Lego, which is leading a project in the US providing second-hand kits to disadvantaged children, is making cautious advances in the field of recycled plastic.
"Recycled materials is a very interesting area but you need to understand where that material comes from," Brooks said.
The company refuses to divulge its production secrets, but insists it reuses its own plastic waste products in its production.
In 2014, Lego vowed to reduce its carbon footprint, partnering with the environmental group WWF. It says it has relied solely on renewable energy sources since 2017.
"They made climate savings and shifted to more windcraft, now they're looking into alternatives to their plastic," said the head of WWF Denmark, Bo Oksnebjerg, of the company's efforts.
Kirkby, Lego's parent company, has meanwhile invested almost $1 billion in wind farms.
Lego is also working to improve its packaging, reducing the amount of plastic bags separating pieces and slashing the size of its boxes to reduce transport volumes.
It aims to use only recycled or renewable materials by 2025.
Antidia Citores, spokeswoman of the environmental group Surfrider Europe, stressed meanwhile that Lego needed to also look at the production end, as replacing one plastic with another would not reduce emissions.
"Changing one plastic for another is not a revolution, not in terms of pollution or carbon emissions," she said. -- AFP 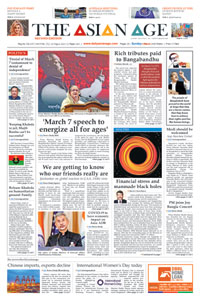