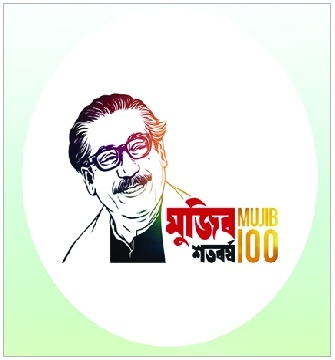 Kbd. Md. Moazzem Hossain
Farmers of Bangla have been oppressed for decades. They have been oppressed by British for 200 years. They also repressed by the emperors Mughal and colonial age.
Father of the Nation Bangabandhu Sheikh Mujibur Rahman emerged as workman for setting free farmers of Bangla from this oppression which was continued for a long period of time. Bangabandhu spent his childhood and juvenile period in village.
He saw the sufferings of the farmers there and realized theirs sorrows. With a view to freeing the farmers from these sufferings, he did different movements against the injustice, oppression towards the farmers of Bangla.
When Khaja Nizamuddin government was ruling the country, Bangabandhu developed movement to protect the farmers.
After the independence of the country in 1971, Bangabandhu started to reform the country and work for the welfare of the farmers. He remitted land tax upto 25 bigha lands. He travelled different countries including Japan and Korea and saw their agricultural methods.
The soil of our country was fertile but we couldn't harvest crops like other countries of the world. To increase the production of the agricultural, Bangabandhu made the arrangements to provide seeds, fertilizers, insecticides to the farmers and brought a revolution in modernizing the agricultural method.
To attract the meritorious students of the country to this profession, he gave 1st class status to the agriculturist. He also reformed the agricultural institutions to develop the agriculture sector. Now, Bangabandhu's thoughts and steps have been implemented by his eldest daughter Prime Minister Sheikh Hasina. We are now self-sufficient in food.


The writer is Project Director of DAE