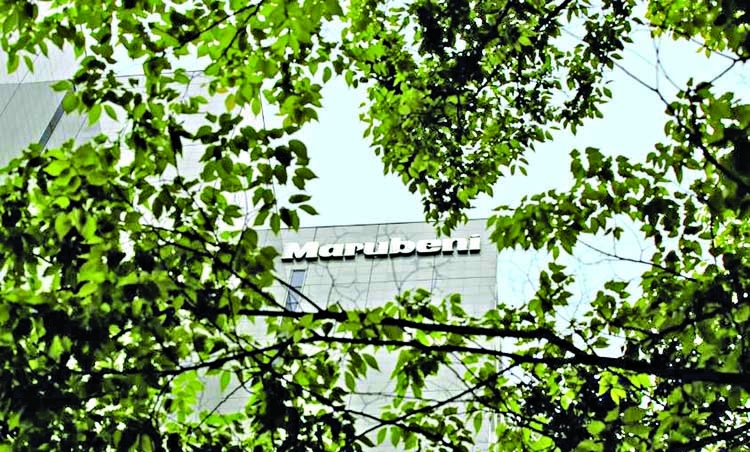 The logo of Marubeni Corp is seen at the company headquarters in Tokyo, Japan. -Reuters
When Japanese conglomerate Marubeni (8002.T) booked a loss of 3.9 billion yen ($35 million) at its U.S. grain trader Gavilon in November, it blamed adjustments for "inappropriate transactions" with Italy and Spain.
While Marubeni didn't give further details, the issues that led to the loss stretched back years and had been overlooked by Gavilon's U.S. managers despite repeated warnings from accountants and some company executives in Brazil, according to audits, emails and four people familiar with the matter.
Brazilian risk controllers at Gavilon do Brasil raised red flags as early as June 2016 about lax accounting that ultimately let the company book inaccurate estimates for freight costs, boosting its profits and masking losses, according to three sources and documents about Gavilon's risk mitigation efforts.
That same month, an Ernst & Young audit flagged to Gavilon do Brasil managers that its processes left room for fraud. In 2017, EY said in another audit seen by Reuters that there was a "significant deficiency" in the way freight costs were booked. Yet it was only in 2019 when Gavilon adopted a new accounting methodology that major discrepancies were revealed between actual shipping costs and the freight costs recorded in Gavilon's books, leading to an internal investigation.
A person familiar with the enquiry said it revealed a shortfall of about $25 million related to accounting issues with freight expenses for Brazilian corn destined for Italy and Spain and about $10 million from other misvalued positions - leading to the declared loss.
--Reuters, Sao Paulo