'Iran responded, will respond to assassination of Soleimani' 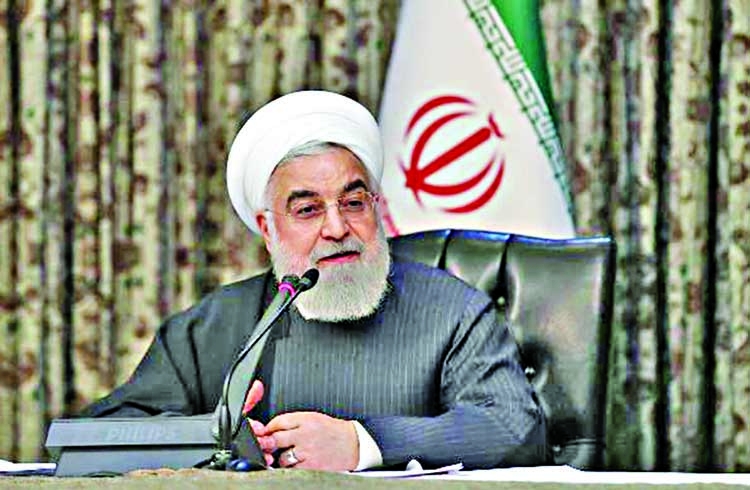 Iranian President Hassan Rouhani
Iranian President Hassan Rouhani said on Wednesday Iran has responded, and will respond, to America's assassination of Major-General Qassem Soleimani, the Revolutionary Guards commander killed in a US drone strike in Iraq in January.
Rouhani was speaking following a Cabinet meeting that was broadcast on state television. Soleimani, leader of the Revolutionary Guards' Quds Force, was instrumental in expanding Iran's military influence in the Middle East as the operative who handles clandestine operations outside Iran. The 62-year-old general was regarded as the second-most powerful figure in Iran after Supreme Leader Ayatollah Ali Khamenei.
"The Americans assassinated our great commander. We have responded to that terrorist act and will respond to it," Rouhani said in a televised speech.
Media landscape of this Latin American country is highly affected by the current political situation. As reported by Reporters Without Borders, independent media often face persecutions and intimidation as government of Nicolas Maduro tries to keep news coverage under his control.
The state media reaction to the killing of Qassem Soleimani followed the official stance of Nicolas Maduro, a close ally of Iran. State television VTV condemned the assassination describing it as a terrorist attack and calling Soleimani a martyr. Pan-American television TeleSur, which is sponsored by the Venezuelan government, described the attack as a treacherous crime and called American steps as provocations to escalate the situation into a conflict.
The reactions of non-state media were different. Majority of outlets were explaining Qassem Soleimani's role in the Middle East and in the world, but in some cases, they expressed critical views of the Qods force commander that the United States considered an arch-terrorist in the Middle East.
--Reuters, Dubai