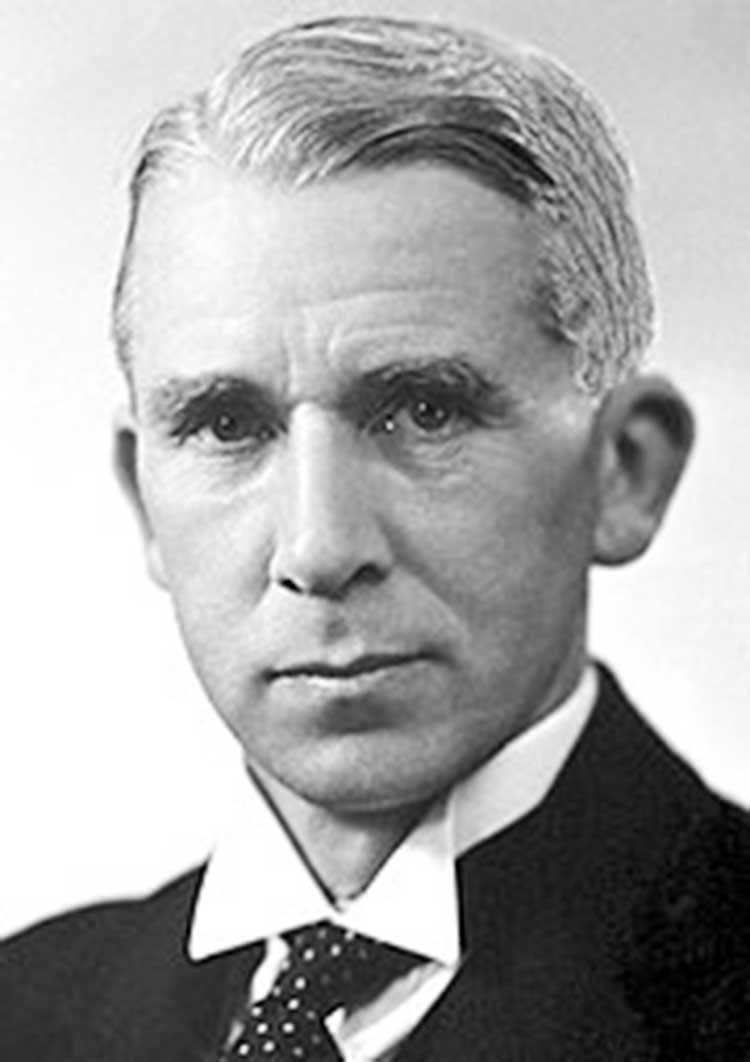 Sir Walter Norman Haworth FRS was a British chemist best known for his groundbreaking work on ascorbic acid (vitamin C) while working at the University of Birmingham.
He received the 1937 Nobel Prize in Chemistry "for his investigations on carbohydrates and vitamin C". The prize was shared with Swiss chemist Paul Karrer for his work on other vitamins. Haworth is commemorated at the University of Birmingham in the Haworth Building, which houses most of the University of Birmingham School of Chemistry.
The School has a Haworth Chair of Chemistry, from 2007 held by Professor Nigel Simpkins.  In 1977 the Royal Mail issued a postage stamp (one of a series of four) featuring Haworth's achievement in synthesising vitamin C and his Nobel prize. He died suddenly from a heart attack on 19 March 1950, his 67th birthday.