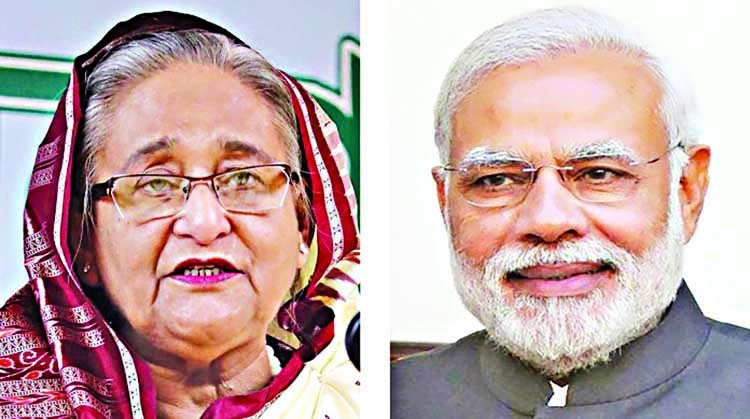 Bangladesh Conscious Citizens' Committee (BCCC) has profusely praised the speeches of Prime Minister Sheikh Hisina and Indian Prime Minister Narendra Modi on the occasion of the birth centenary of Father of the Nation Bangabandhu Sheikh Mujibur Rahman.
In a joint statement, BCCC Convener Prof Dr Neem Chandra Bhowmik, Joint Convener Mohammad Salauddin and Member Secretary Mohammad Fazle Ali lauded the speeches of two friendly neighbors highlighting the prudence and dynamic leadership of Bangabandhu Sheikh Mujibur Rahman.
In the statement, they said, "Indian Prime Minister Narendra Modi has given a momentum to the Mujib Borsho celebrations upholding the charismatic leadership of Bangbandhu Sheikh Mujibur Rahman and giving a message to boost relations between two friendly countries.
"He (Modi) has described Bangabandhu as one of the greatest personalities of the previous century. It has once again been proved that Indo-Bangla relations are based on the spirit of the Liberation War. The tie is really immortal. Only a judicious leader can evaluate a great leader in such a

way," they also said. In the Mujib Borsho celebrations, the history, tradition of Bangalees and the struggling life of Father of the Nation Bangabandhu Sheikh Mujibur Rahman have been highlighted.
Prof Dr N.C Bhowmik being the acting president of Bangladesh Hindu Buddha Christian Oikya Parishad has expressed the same opinion.