UK to shut schools as deaths rise to 104 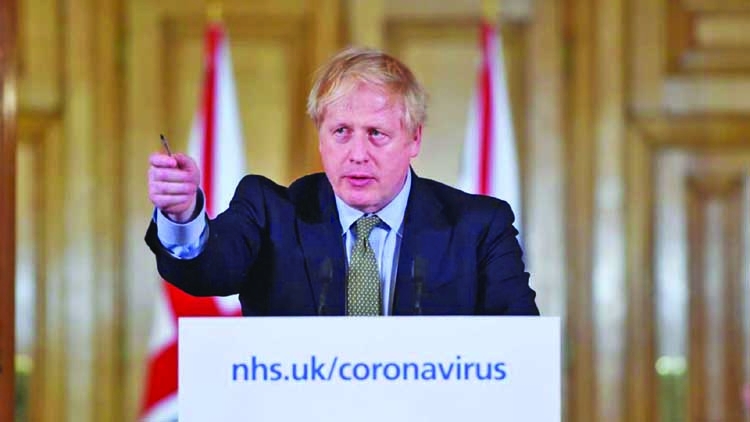 Schools in the UK are to shut from Friday until further notice as a response to the coronavirus pandemic. Schools will close except for looking after the children of keyworkers and vulnerable children, Prime Minister Boris  Johnson has said. This academic year's exams will not go ahead in England and Wales; decisions are due to be made in Scotland and Northern Ireland.
It came as UK deaths reached 104 after a further 32 people died in England. Confirmed cases in the UK rose to 2,626 on Wednesday, from 1,950 on Tuesday. There have been 56,221 tests carried out in the UK for Covid-19, of which 53,595 were confirmed negative.
The government says it plans to more than double the number of tests being carried out in England to 25,000 a day.
Scotland and Wales earlier said schools would close from Friday while schools in Northern Ireland will close to pupils today and staff on Monday.
Speaking about the pandemic at his daily news conference at Downing Street, Boris Johnson said: "We think now that we must apply further downward pressure with that upward curve by closing the schools." He thanked teachers and head teachers and said that by looking after children of key workers, such as NHS staff, they "will be a critical part of the fight back" against coronavirus.
But he added that children "should not be left" with grandparents or others in groups vulnerable to contracting coronavirus. Revealing the shutdown of schools in England, Education Secretary Gavin Williamson told MPs assessments or exams would not go ahead this year and performance tables would not be published.
But he said officials were working with exam boards "to ensure that children get the qualifications that they need".
Schools have already been preparing for a shut down for some time, with some creating homework packs or setting up ways of working online.
But there have been concerns about the ability of frontline NHS staff and others to remain in work if their children are not in school.
--BBC