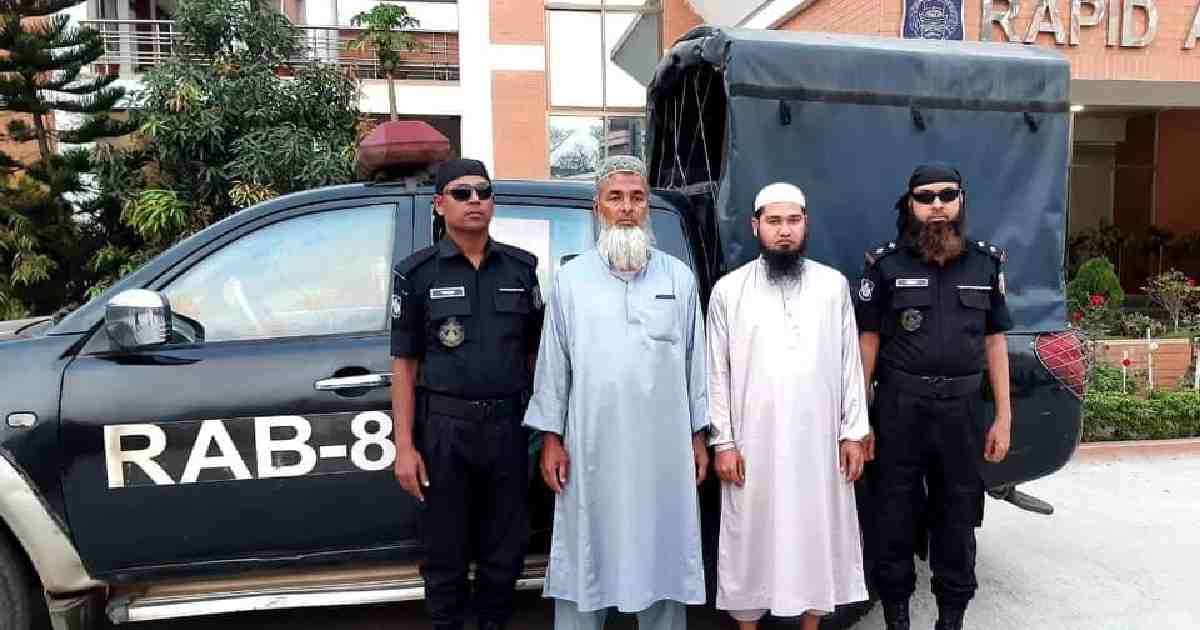 Members of Rapid Action Battalion (Rab) arrested two suspected members of Jama'atul Mujahideen Bangladesh (JMB) from Town Hall in Sadar upazila on Wednesday.
The arrestees were identified as Yusuf Mridha, 32, son of Ali Akbar Mridha and Abu Saleh, 45, son of Hatem Ali Hawladar of the upazila.
A team of Rab-8 conducted a drive in the area and arrested them in the afternoon, the elite force said a press release.
They have long been involved in collecting members for the group, Rab said.