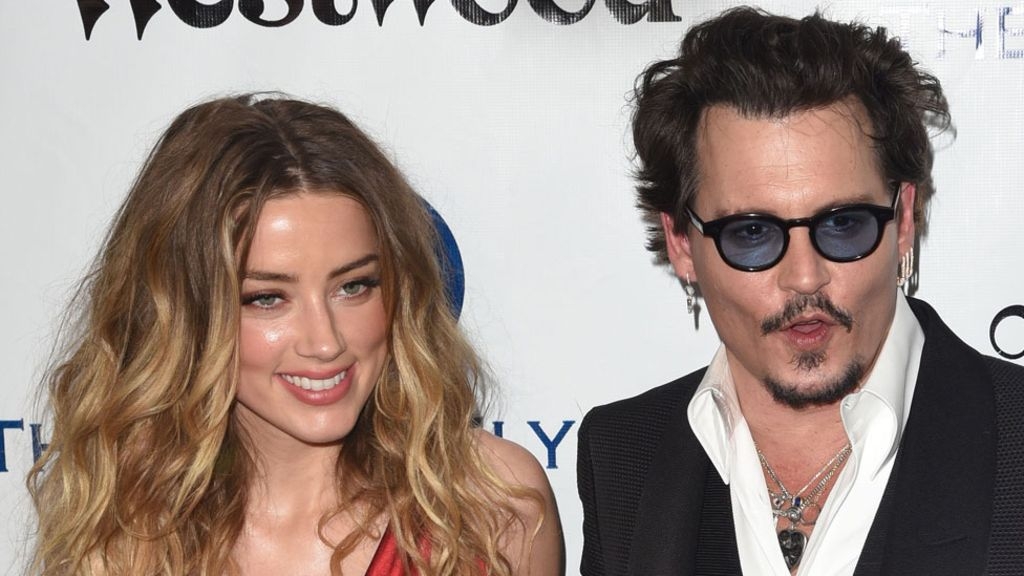 How Johnny Depp lost the top of his middle finger is proving key to a libel case he has brought against The Sun.
The actor is suing publisher News Group Newspapers (NGN) over a 2018 article that alleged he was violent and abusive towards his ex-wife Amber Heard.
At a preliminary hearing on Wednesday, the newspaper group said he sustained the injury during "an alcohol and drug-addled rage against Ms Heard" in 2015.
But he claims his finger was fractured when she threw a glass bottle at him.
The couple met in 2011, married in 2015 and settled their divorce out of court in 2017.
Ms Heard, who is giving evidence in support of The Sun, has accused her ex-husband of grabbing, shoving and strangling her while they were on holiday in Australia.
She claims he "severely injured his finger, cutting off the top" while he was smashing a telephone against a wall, according to NGN's barrister Adam Wolanski QC.
But Mr Depp claims Ms Heard threw a glass bottle at him, which smashed and fractured his finger, before she put "a cigarette out on [Mr Depp's] right cheek".
Mr Wolanski said the accounts of what happened were "diametrically opposed" and claimed Mr Depp's version of events was undermined by texts he later sent to his doctor.
Penelope Cruz and Winona Ryder have provided written statements that express surprise and shock at seeing him characterised as violent.
According to Mr Wolanski, Ms Heard believes her ex-husband is "leaking evidence which he thinks supports his case into the press".
It will be decided at another preliminary hearing on Friday whether the two-week trial will begin on Monday.
Neither Mr Depp nor Ms Heard attended Wednesday's hearing.