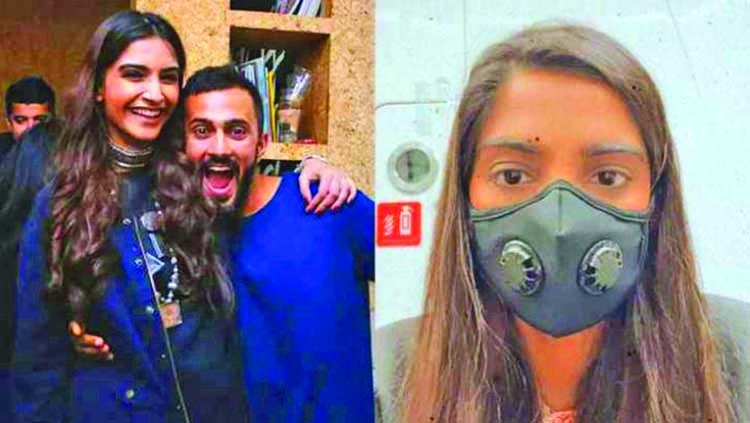 A day after Idris Elba announced that he had tested positive for coronavirus, the actor returned to Twitter on Tuesday to update his followers and fans on his condition, explain how he was able to get tested, and shed some more light on how he likely contracted COVID-19.
Most notably, Elba and offer a sharp critique of one specific reaction to his disclosure that, he said, is "scaring" him. "There are so many stupid, ridiculous conspiracy theories about black people not being able to get it," Elba said, referring to coronavirus. "That is the quickest way to get more black people killed."

The threat of pandemic coronavirus is over the world. Governments, celebrities are issuing advisories to everyone and asking them to stay indoors to be safe and avoid traveling.
Meanwhile, Bollywood actress Sonam Kapoor who just returned to the country from London along with husband Anand Ahuja took to social media to share her experience of being at London and the Indian airport.
She lauded the Indian airport authorities for their amazing work of checking everyone to ensure they do not have any symptoms of the virus. Upon her arrival in her home country, she gave a detailed account of what happened after she landed at the Delhi international airport. She was also seen wearing a mask.
The Pakistan Prime Minister Imran Khan has urged the international community to consider for a debt waiver for poor and vulnerable countries like his.
During the interview with The Associated Press, Khan claimed that the coronavirus will devastate the economies of developing nations, and as a result, richer economies must write off the debts of the world's poorer countries which includes Pakistan. "My worry is poverty and hunger," Khan said.
In a major win for the Democratic Party's progressive wing, Marie Newman defeated Democratic Rep. Dan Lipinski in Tuesday's primary in Illinois, according to The Associated Press, toppling one of the last remaining opponents of abortion rights among House Democrats.
It was Newman's second race against Lipinski in Illinois' 3rd Congressional District; she fell about 2,100 short of beating him in the 2018 primary.Lipinski then went on to easily win an eighth term that November.
This year, aided by a wave of high-profile endorsements that included Sens. Elizabeth Warren (D-Mass.), Bernie Sanders (I-Vt.) and Kirsten Gillibrand (D-N.Y.) and several progressive House members, Newman prevailed over Lipinski in the rematch.