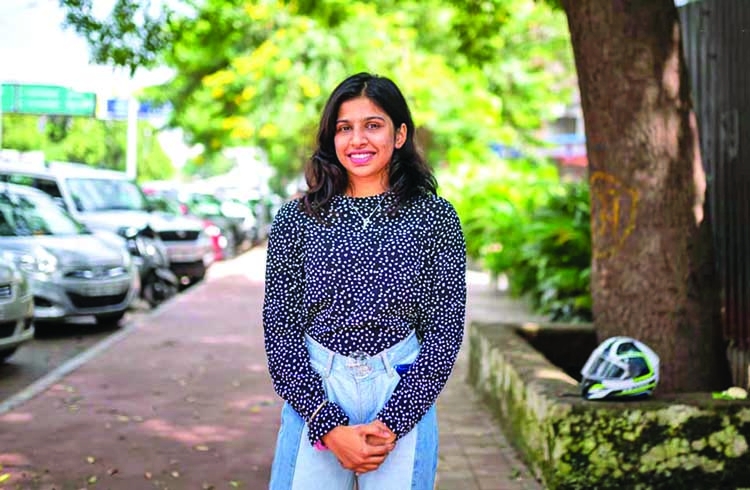 "When I was in the 5th grade, we were given menstrual pads in school and told that we'd need them when we got our 'period'. I came home and showed it to my mom when she was with my aunt - she got irritated with me for waving a pad in public. So when I got my period, since no one had ever explained it to me, I hysterically called my mom saying, 'I don't know what to do, my ass is bleeding!'
My mom had to calm me down and explain things over the phone. That's when I began reading up on how amazingly weird the human body is and once on TV I heard about someone called a 'sexologist'. When I Googled it, I found that it's a term used for a person who studies human sexual behavior and gives advice on it.
So, I began reading about it and decided I wanted to become a sexologist too. But when I told my friends they thought it meant that I wanted to have sex all day! But I didn't feel any shame in talking about taboo topics like masturbation or virginity because I felt I needed to practice talking about it in public if I was serious about making a career in it.
But people started feeling uncomfortable and I began losing friends - initially I was very upset, but I decided to blog about it instead. I was prepared for all the creeps who slid into my DMs but I also found out how clueless people were. I had started an online conversation about sexual health, but I also got DMs like, '10,000 a night, what say?' So I just blocked them all and carried on.
When my blog began to do really well, I told my parents that I wanted to make a career in this field, but they freaked out and my uncle was even under the impression that I planned to become a sex worker! I'm still trying to convince my parents - if I'm able to help people, then maybe I can earn that 'dignity' my parents fear I won't have.
I want to teach them about self love, acceptance and to love their own bodies before committing to someone else because they need to have the right knowledge to make the right decision."Humans of Bombay, Fb