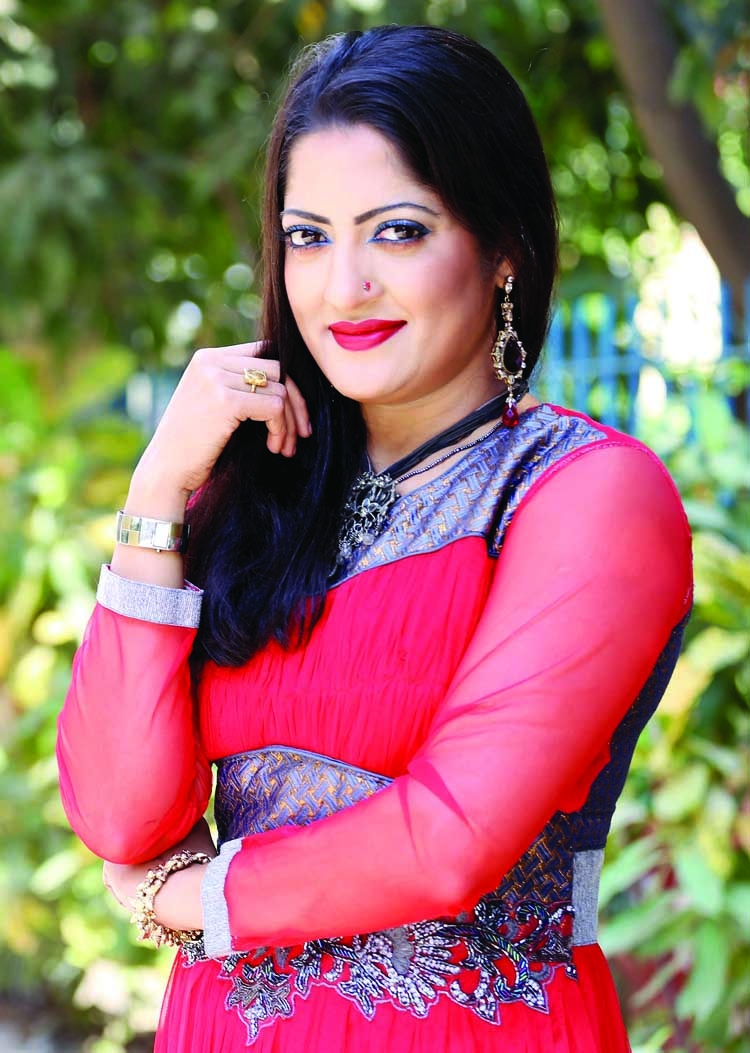 Popular actress of small screen Homayra Himu is busy acting in TV dramas. However, sometimes she is seen in films too. Her favorite film is 'Amar Bondhu Rashed' directed by Morshedul Islam. The movie was released in 2011. Later, Hemu acted opposite to Ferdous in the movie 'Ek Cup Cha' released in the 2014.
Himu has not been seen in any new movies since then. After almost six years Himu is once again starring in a new movie title 'Tore Kato Bhalobashi, directed by Dewan Nazmul. Actor Sabbir Ahmed is acting opposite her.
About this, Homayra Himu said, "Story of the movie 'Tore Kato Bhalobashi' and my character is very good. Hope the viewers will like the film. My character here is very good. The story fits my taste that is why I'm doing the job. I believe this movie will please the viewers."
Besides, Himu is also a regular in dramas. She acts regularly on 'Gollachut', a show on Nagorik TV, directed by Matia Banu Shuku. Himu was last seen performing on stage in the play 'Khachar Vitor Achin Pakhi' under the direction of Jamal Uddin Hossain. She performs regularly on stage for 'Nagorik Natyangon Ensemble'.