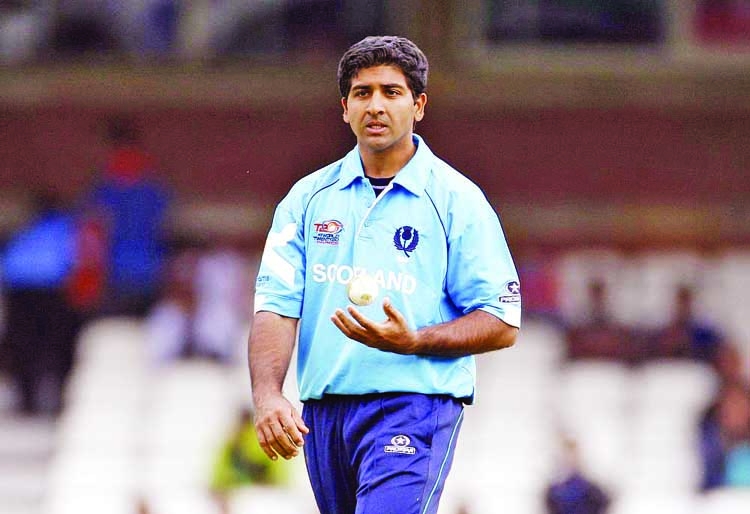 Majid Haq, the former Scotland spinner, has revealed he has tested positive for COVID-19.The 37-year-old was treated at Royal Alexandra Hospital in Paisley and is hopeful of returning home in the immediate future. At the time of writing, there are 266 confirmed cases of the disease, with six deaths, in Scotland.
"Looking forward to potentially getting back home today after testing positive with Coronavirus," said Haq on Twitter. "Staff at the RAH in Paisley have been good to me & thank you to everyone who has sent me messages of support.  "Insha Allah the Panther will be back to full health soon."
While several teams and players, including England's Alex Hales, New Zealand and South Africa's squads from their one-day tours of Australia and India, have been placed in self-isolation positive tests for the virus in cricket have been rare. Haq previously played 54 one-day internationals and 21 T20Is for Scotland, his last outing coming in 2015.
His cricket career is far from over, however, having made outings in the Cricket Scotland League Eastern Premiership for Royal High Corstorphine last season. Also in 2019, Haq made one appearance for Blaydon in Dukes North East Premier League Division One