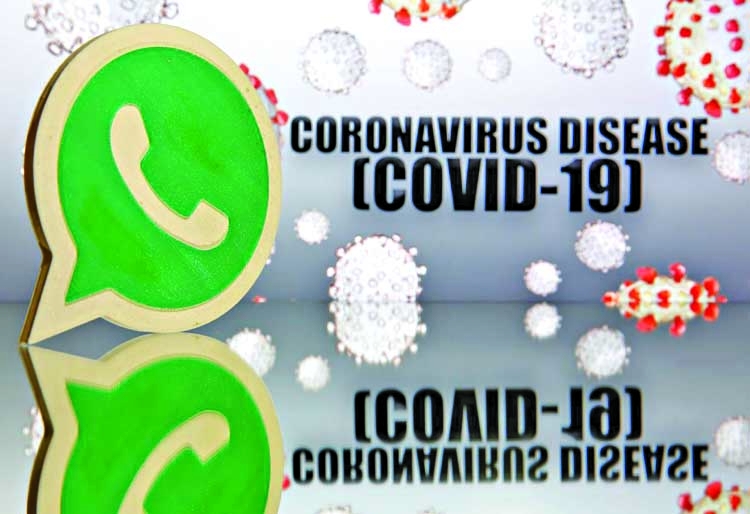 On Sunday morning, a viral outbreak in the Dutch city of Utrecht infected more than 60 people in less than hour. Unlike the coronavirus, however, the infection happened on WhatsApp.
Messages telling people to drink hot soup to stop coronavirus, or to test for infection by holding their breath for 15 seconds, were shared between friends and relatives in a matter of minutes, contradicting official medical advice.
Ivonne Hoek, 63, said she received the message from a friend shortly after 11am, who said they were sent it by a neighbour who works in a hospital. Alarmed, she promptly forwarded it to her two children. With the click of a button at 11.36am, her son, Tim, sent it to his entire 65-person Frisbee team. "
I probably wouldn't have paid any attention to this if I'd seen it from a stranger on Facebook. But I trust my mum very much," 35-year-old told Tim van Caubergh told Reuters. "I shared it because it came from a trusted source... that is how these things happen."
The coronavirus crisis, which has killed almost 9,000 people worldwide and threatened economic misery for millions more, has been accompanied by what the World Health Organisation (WHO) has called an "infodemic" of misinformation.

Twitter followed social media competitor Facebook on Wednesday in barring users from posting misleading information about the coronavirus, including denials of expert guidance and encouragement of fake treatments.
Chat content hard to policeBut the rapid spread of one such message in the Netherlands shows the challenges faced by private chat platforms, such as text messages or Facebook-owned WhatsApp, where content is harder to police and often perceived as coming from a trusted source when shared by friends and family.
"I think there's a sense of security and community that exists in these group chats that gives anything shared there a mark of authenticity," said Anna-Sophie Harling, head of Europe for the US-based misinformation monitoring centre NewsGuard. "People can quickly send and resend images, text and voice notes, and it all happens in private, making it really, really difficult to counteract those claims."
WhatsApp has previously restricted the number of people to whom users can forward messages after viral rumours on its platform triggered a wave of mass beatings and deaths in India in 2018.
WhatsApp, which has over two billion users worldwide, said on Wednesday it had partnered with the WHO and other UN agencies to launch a service for sharing official health guidance about coronavirus.
WhatsApp chief Will Cathcart said the platform had also donated US$1mil (RM4.41mil) to factchecking organisations "to support their life-saving work to debunk rumours". Despite the moves and official warnings, viral messages touting conspiracy theories and phoney medical advice have continued to spread online, raising alarm about the supposed dangers of infection from 5G phone masts or eating ice cream.
Lisa-Maria Neudert, a researcher at Oxford University's Project on Computational Propaganda, said such misinformation could hamper efforts to control the spread of the virus.
"From my own experience, yes I do think this has an impact," she said. "I know educated people that are heeding inaccurate medical advice they have seen shared on social media and in private messages."
---Reuters, London