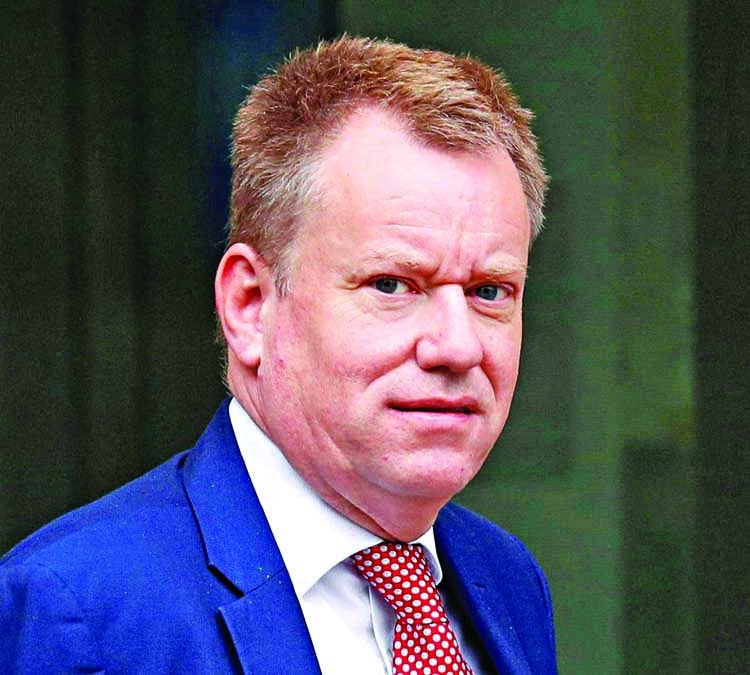 The coronavirus has struck at the heart of the post-Brexit trade talks between Britain and the European Union, with both sides' top negotiators now in isolation.
David Frost, the UK's chief negotiator, is isolating himself after showing symptoms of the virus, according to a British official. Earlier on Thursday, Michel Barnier, Frost's EU counterpart, announced on Twitter that he had tested positive for the disease.
The two men had not had contact since the first round of talks in Brussels two weeks ago. The news is likely to crush any hopes that the negotiations over the two sides' future trade relationship can make any substantial progress while the global pandemic continues.
This week's round of talks, scheduled for London, had already been put on hold.Prime Minister Boris Johnson has dismissed calls to seek an extension to the negotiating period that Britain entered after leaving the bloc on Jan 31.
If the two sides can't reach a deal on their future partnership by the end of this year, the UK would have to trade with the EU with tariffs and quotas.Frost, 55, was credited with working to achieve the unlikely breakthrough in negotiations last year which resulted in Johnson sealing an exit deal with the EU.
He is hugely influential on Brexit policy in Johnson's administration and is liked and trusted by his EU counterparts.
Barnier, 69, said he was in good spirits and is following all the necessary instructions after he tested positive for Covid-19.
The virus pandemic has already disrupted the negotiations even before the two leading figures in the talks were put out of action.The second round of face-to-face talks on the future trade agreement were due to take place in London this week but were postponed on Wednesday.
Officials are now trying to work out whether it will be possible to conduct the negotiation through different formats - potentially involving video conferencing, or continuous rolling discussions, rather than several days set aside for intensive talks.
---Bloomberg