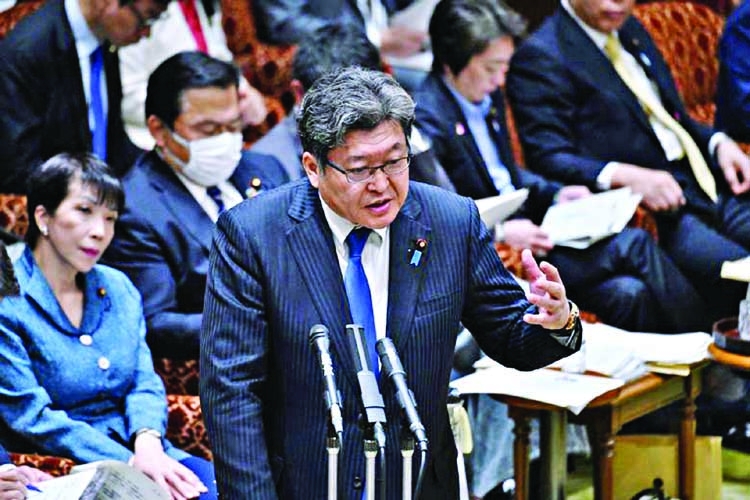 Japan's Education Minister Koichi Hagiuda answers question during a upper house budget committee session at parliament in Tokyo, on Friday. -AFP
Japanese Education Minister Koichi Hagiuda said on Friday the government would not extend its request that schools be closed until spring break to stem coronavirus infections, setting the stage for classes to resume at the start of the academic year in April.
Prime Minister Shinzo Abe last month asked the entire school system, from elementary to high schools, to close until spring recess late in March to help contain the epidemic.
"As for the across-the-board closure of schools until spring holidays that the government has requested, we have agreed not to extend it," Hagiuda told reporters after a ministerial task force met to discuss measures to fight the spread of the virus.
The closures have been roundly criticized as counter-intuitive, disruptive and risky given that it has pushed tens of thousands of pupils into daycare centers instead.At the task force meeting, Abe said event organizers need to remain cautious on holding large-scale gatherings, citing experts' views.
An expert panel guiding Japan's coronavirus response recommended on Thursday that large gatherings and enclosed areas that could reignite the contagion should still be avoided.Cases of coronavirus infection came to 1,693 in Japan including those from a cruise ship moored near Tokyo last month, with deaths totalling 41, according to Kyodo news agency.
---Reuters