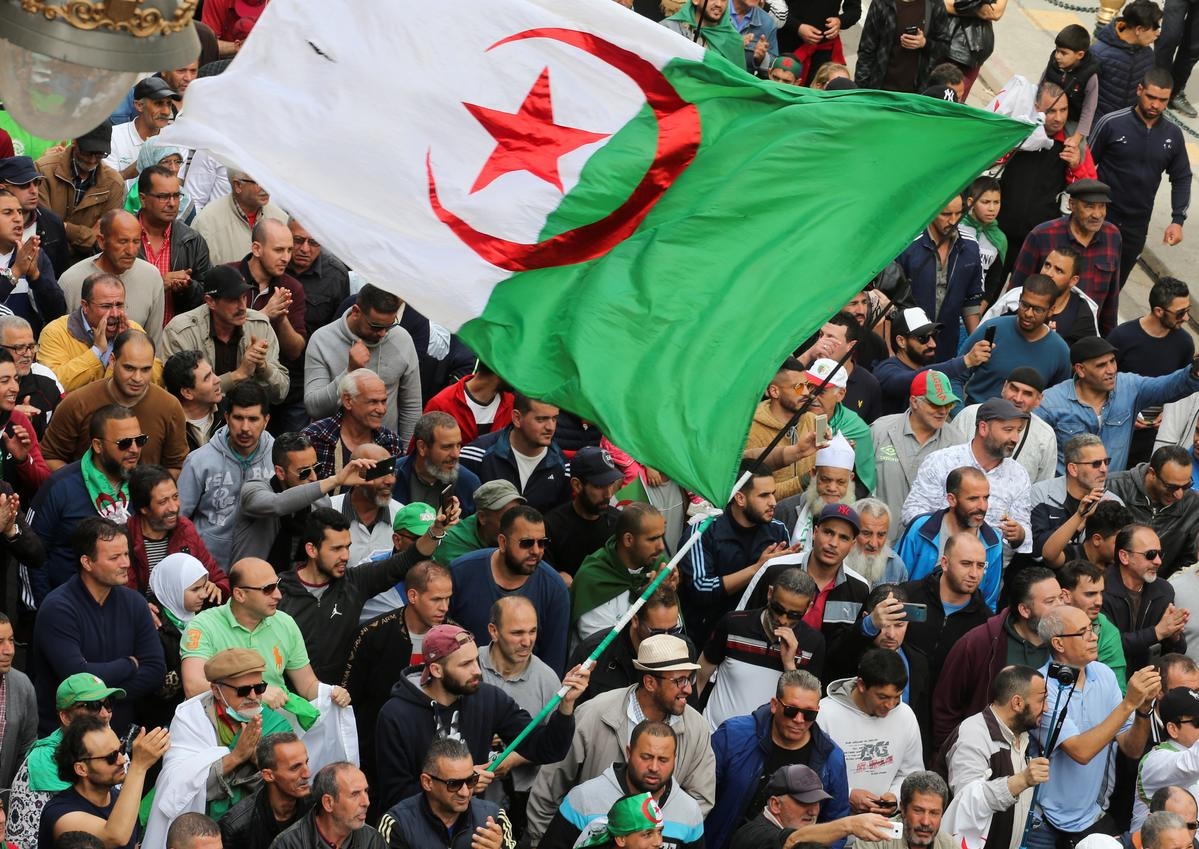 Algerian protesters have called off their weekly anti-government demonstrations for the first time in more than a year to reduce the spread of coronavirus.
This would have been the 57th week in a row that Algerians came out onto the streets.
Authorities banned the demonstrations, but opposition activists also urged supporters to stay inside.
There have been at least 10 deaths and 90 confirmed virus cases in Algeria.
Imprisoned activist Karim Tabbou was among the protest leaders who told demonstrators to suspend their marches, according to Reuters news agency.
The protests began in February 2019 after the then president Abdelaziz Bouteflika announced he was going to seek a fifth term in office.
As the protests grew, the 82-year-old scrapped his plans and stood down from power.
But demonstrators continued to fill the streets every Friday, demanding the whole ruling regime stand down too and accusing them of widespread corruption.
Some weeks, tens of thousands of people filled the streets of the capital Algiers.
On Friday, Algiers' streets were empty – apart from police and journalists, Reuters reports.