Don’t hoard anything; country has enough stock of everything: PM 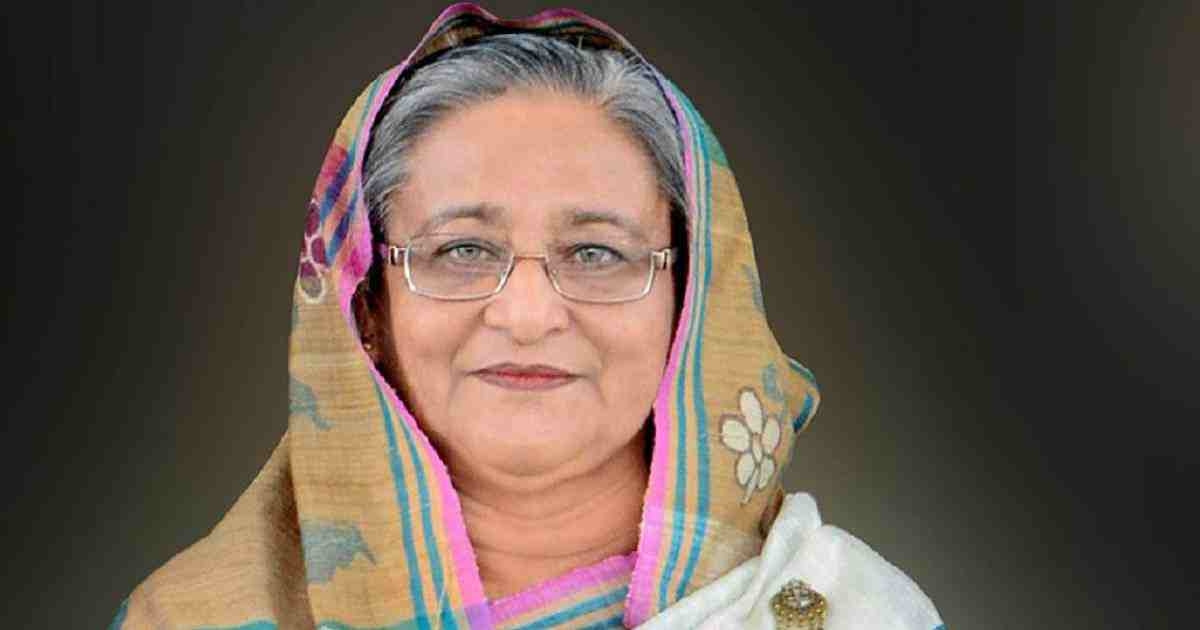 Prime Minister Sheikh Hasina on Saturday urged all not to hoard food grains and other essential items out of panic as the country has enough stock of everything.
"Some people are scared… they’re procuring food items indiscriminately and piling up stocks at their homes…I want to say it clearly that we’ve no problem in food items," she said.
Prime Minister Sheikh Hasina, who is also the Awami League President, said this after casting vote in the Jatiya Sangsad by-polls to Dhaka-10 constituency at Dhaka City College.
She said there are some 17lakh metric tonnes of food grains in government godowns alone. The amount of wheat is 3.5 lakh metric tonnes while private rice-millers have huge stock in addition to the stock of big farmers, Hasina said.
"Farmers are producing their crops…there’s a plenty of vegetables being produced in the fields…we’ve huge salt production, too. So, please don’t get panicked…just collect whatever you need. If you put pressure on the market then it’ll push up the prices," she said.
About the foreign currency reserve of the country, the Prime Minister said she has already had a meeting with the Finance Minister, Finance Adviser and Bangladesh Bank Governor. "With our current reserve, we’ve the capability to procure food for the next one year, so no need to be panicked."
The Prime Minister also said the government is monitoring the market and it would not be wise for anyone to create pressure on the market or stock commodities out of panic.
Sheikh Hasina asked those who have returned from abroad recently to strictly follow the health procedure and the 14-day quarantine procedure. "Please, don’t go here and there…you shouldn’t put others’ lives in danger."
Mentioning that an unnatural situation prevailing across the globe due to the coronavirus outbreak, she said this virus has spread to 181 countries. "We took all-out measurers when it was seen in China…whoever came from abroad we checked them; we put them in quarantine in the case of any suspicion."
Briefly describing various government measures taken to contain the coronavirus spread, she said, "We’ve taken safety measures for doctors, nurses and others who are working there, we’re collecting whatever is needed from home and abroad. We also provided security materials for the immigration police," she said.
She hoped that the people of the country will follow the procedures properly.
Hasina said the government has suspended all the programmes of the birth centenary celebration of Father of the Nation Bangabandhu Sheikh Mujibur Rahman due to the coronavirus. "We’ve to stop mass gatherings so that this virus cannot spread."
In this connection, she also said the government has planned to cancel the programmes to celebrate the coming up Independence Day.
The Prime Minister cast her vote by using Electronic Voting Machine (EVM) at Dhaka City College centre at Dhanmondi at 9:10 in the morning.
PM’s daughter Saima Wazed Hossain was present.
The JS by-elections to Dhaka-10, Gaibandha-3 and Bagerhat-4 constituencies began at 9am and it will continue till 5pm without any break.
The EVMs are being used in Dhaka-10 constituency, while ballot papers are being used in other two constituencies.
Dhaka-10 constituency fell vacant after Awami League MP Barrister
Sheikh Fazley Noor Taposh resigned on December 29 to contest the mayoral post in the Dhaka South City Corporation election.
Six candidates are contesting the Dhaka-10 by-polls.
The candidates are Md Shafiul Islam Mohiuddin from Awami League, Sheikh
Rabiul Alam from BNP, Haji Md Shahjahan from Jatiya Party, Nawab Khaza Ali
Ahsan Askari from Bangladesh Muslim League, Mizanur Rahman Chowdhury from Bangladesh Congress and Abdur Rahim from PDP.
There are 3,12,281 voters in Dhaka-10 constituency, while the number of polling centers is 117 with 776 booths.