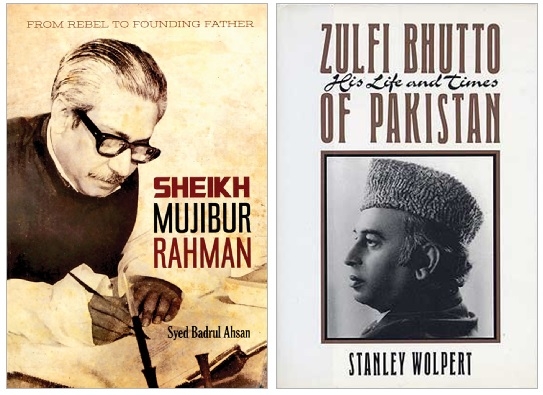 On this day, 22 March in 1971, Bangabandhu Sheikh Mujibur Rahman arrived at President's House in the morning to continue his discussions with President Yahya Khan.
On arrival, he found Zulfikar Ali Bhutto there, waiting to see Yahya. Mujib, almost on impulse, led Bhutto outside the building and on to the lawn because he was concerned the place was bugged and he could not speak freely with Bhutto. Once outside, the Bengali leader urged Bhutto to expedite the search for a settlement because, in his opinion, the army could not be trusted to hand over power unless pressure was exerted on it by the politicians.
Sometime after this conversation, the majority and minority leaders went inside, where they met Yahya Khan together. At the beginning, Mujib asked the president if he had gone through the Awami League proposal regarding a proclamation and whether the regime agreed to it. Yahya's response was that for a proclamation to be made public and enforced it would be necessary to have the agreement of the Pakistan People's Party.
The Awami League chief told the President that the responsibility to persuade Bhutto to accept the proclamation idea lay with him (the President) and that quick steps had become necessary to control a situation which was becoming increasingly untenable. As Bhutto was later to report, Bangabandhu then said that formal negotiations on the transfer of power could only begin when the PPP chief agreed to the AL's proposal on the proclamation in principle. Until then, the talks would stay confined to the informal.
Following this first meeting of the three men, Mujib again took Bhutto outside, where he asked him to agree to the proclamation as a way of getting out of the crisis. The AL chief cautioned Bhutto about the intentions of the army. The soldiers, he said, would destroy him first and then go on to destroy Bhutto.
On the same day, Bhutto told a news conference in Dhaka that his party was examining the draft proclamation the Awami League and the government had been discussing over the preceding few days. Bhutto let it be known, however, that he had been told by the President that the question of any deal being reached by the AL and the regime was subject to the agreement of the PPP.


The writer is Editor-in-Chatge, The Asian Age