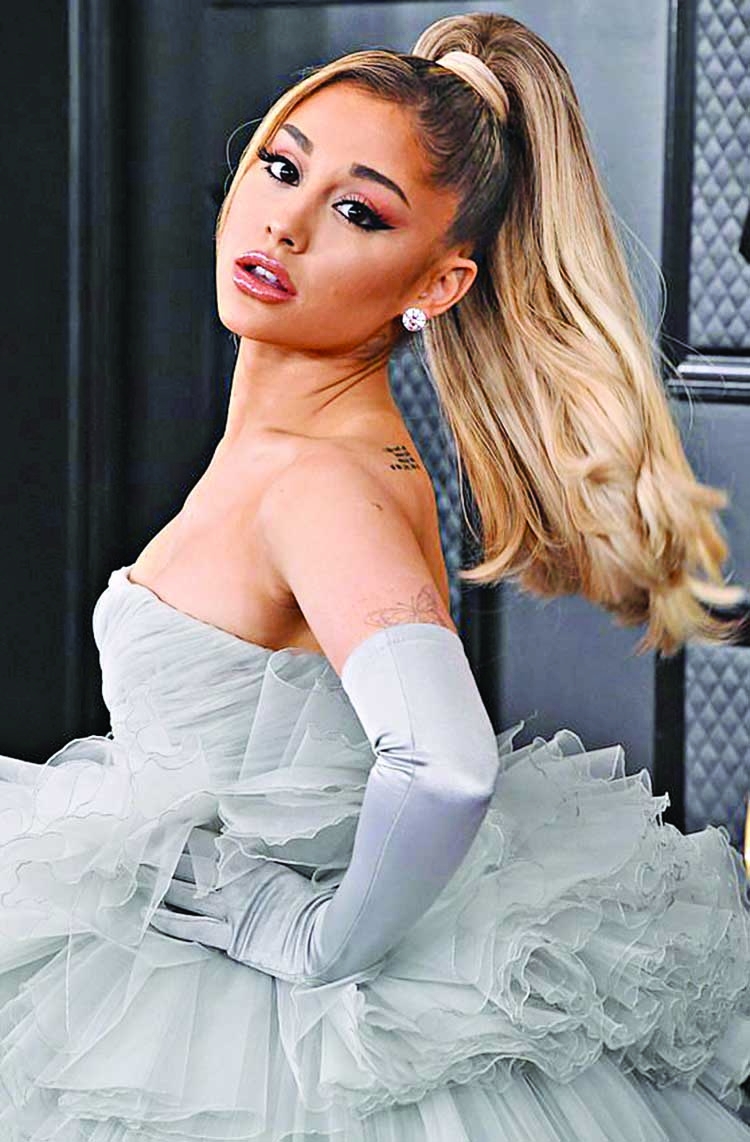 Popstar Ariana Grande is whiling away her days of social distancing in the wake of COVID-19 by singing Whitney Houston hits. The black-and-white, grainy video was dropped by Ariana on March 19, and it has gone viral over the next 24 hours or so.
Shot stylishly, the video does not reveal Ariana's face but fans will instantly make out her voice. Fans are thrilled, of course. According to a report in hollywoodlife.com, "RuPaul's Drag Race" star Shangela commented: "You can be the Preacher. I'll be the wife! I LOVE TO HEAR U SINGING THIS BOO! Love love love ??."
"The Glee Project" star Tyler Ford wrote: "Whew, we are lucky to have you on earth." Fans have been guessing where Ariana is right now because the video doesn't clearly show her location. However, the singer is known to reside in California mostly, a state that is under "stay at home" order right now, according to hollywood.com.