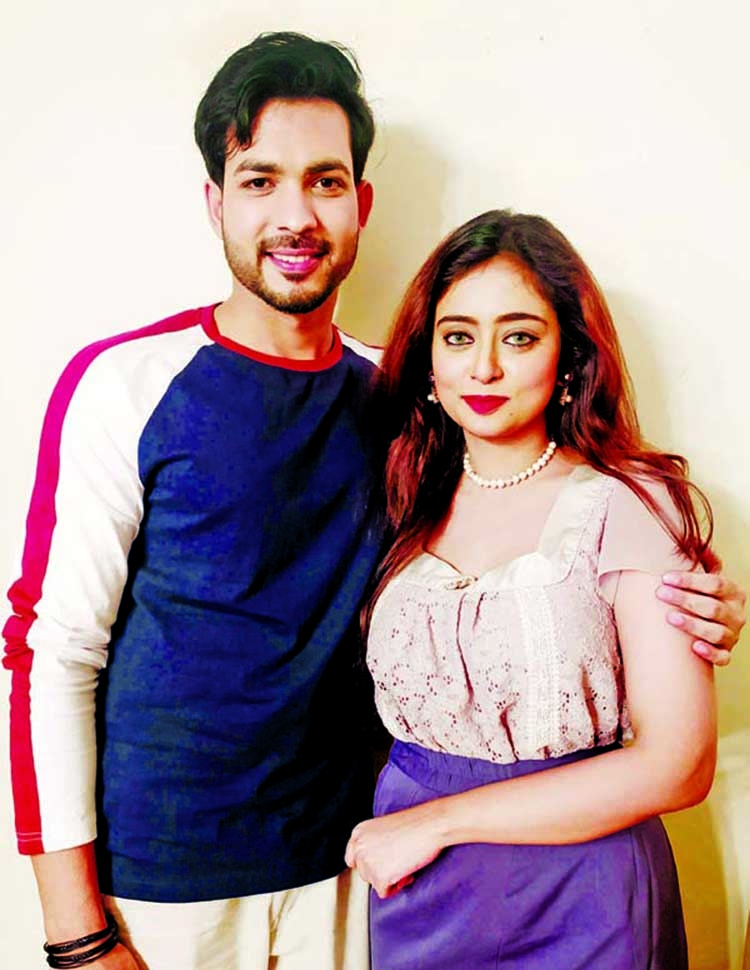 With the government-grant noted film actress and former MP Sarah Begum Kobori started to make her second movie titled 'Ei Tumi Sei Tumi' from March 17 as the day was the birthday of Bangabandhu Sheikh Mujibur Rahman.
In Kobori's movie, for the first time two first runners-up actors from different reality shows are acting as a pair. Nishat Nawar Salwa and Riyad Raihan paired up for the first time in the big screen in this movie. They are acting in roles of Aniruddho and Aroni respectively.
Riyad took part in shooting of the film for two days. Though March 17 was the beginning day of shooting so, Salwa was present on the spot from morning to evening on that day but she did not stand in front of the camera. Salwa is now confused about shooting of the film due to Coronavirus situation in the country.
While talking about acting in the film Riyad Raihan, hailed from Mymensingh, said, "I am enjoying working under Kobori Madam's direction. I cannot express my liking in a word. At first, I was feared slightly before standing in front of the camera.
Later I became natural in the shooting. I am grateful to Kobori Madam because she is a legendary actress and also my favorite heroine. She gave me the opportunity to work in her movie. It is really a great luck for me to work under her direction. I believe the work will become nice one."
Hailed from Sylhet, Salwa shared her feelings by this way, "It is really a great luck for me as Kobori Apa has kept her full confidence on me and taken me in role of heroine in her movie. Though shooting of my part yet not started but Kobori Apa gave me instruction about my character.
Inshallah it will become a nice work." Riyad's first work was Mustafa Zaman's play 'Love & Love' while Salwa-starrer first film was Mostafizur Rahman Manik's 'Swapne Dekha Rajkonnya'.