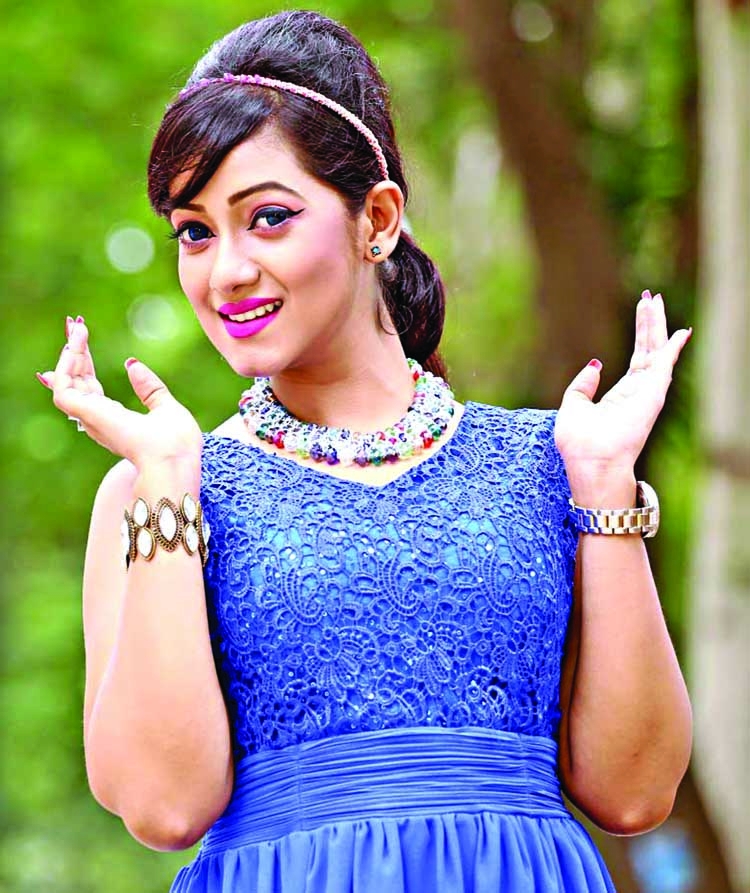 Popular face of the small screen actress Anny Khan has completed two seven-episode drama serials for the upcoming Eid-ul-Fitr. Two of the series are 'Jamai Hote Shabdhan' and 'Faissha Geche Bap Beta'. 'Jamai Hote Shabdhan' directed by Mahmudul Hasan, and 'Faissha Geche Bap Beta'directed by Sohel Talukder. In the meantime, shooting has been completed in different places around the capital and its surroundings.
'And the two Eid serials that I acted in are in the comedy genre. In both dramas I played a very important role. The two directors have produced the shows with great care. We hope that the audience will enjoy the drama on Eid holidays.' Besides these two serials, Anny is also acting in three serials now.
Faridul Hasan-directed 'Foreign Village' to be aired on Banglavision, 'Dodul'-directed Swapno Adda on Boishakhi TV, and Harun-directed 'Istikutum' on ETV.
In last year's Father's Day, Anny was last seen to perform as model in a TV commercial. She basically came into limelight to perform as a model with Abul Hayat and Chanchal Chowdhury under Tariq Anam Khan's direction in a TVC of corrugated galvanized shit one decade ago.