Pori Moni gets married in secret! 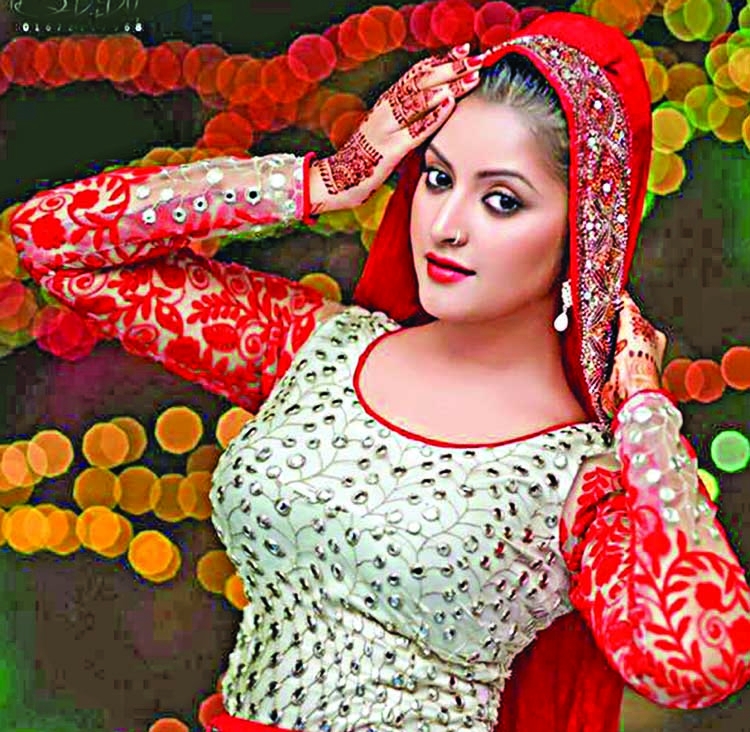 Popular actress and most attractive heroine of Dhaliwood Pori Moni tied the nuptial knot with theatre director Kamruzzaman Roni secretly. The wedding ceremony was held on the night of March 10 at Rajarbagh in the capital, Pori Moni confirmed the matter. She also informed that their reception will be held later. Kamruzzaman Roni is a director of theatre play and member of Nagorik Natya Sampradaya.
Earlier on Valentine's Day in 2016, Pori Moni and journalist Tamim Hasan declared their love for each other. On the same day in 2019, the couple got engaged and they planned to get married in the near future, on this very day as well.
But Pori Moni broke off the engagement a few days later before marriage. Pori Moni said, "I got married suddenly. I am now shooting for film 'Operation Sundarban'. I'll be back in Dhaka a few days later. Roni was here with me. Everyone pray for us."
Roni and Pori Moni are now performing as assistant director and actress respectively of a film titled '1971: Sei Sob Din' which is being directed by actress-director Hridi Huq.Roni informed that he is now working as assistant director of Hridi Huq's film '1971: Sei Sob Din'. Pori Moni is acting in that film now.
Five months ago, Pori was introduced with Roni after hearing the story of this film from him. Then get to know each other. On March 7, Roni offered Pori to marry him. Suddenly they got married. "We will complete the formalities of the wedding when Pori's shooting will be completed. Everybody pray for us," Roni also said.