County season delayed until at least 28 May 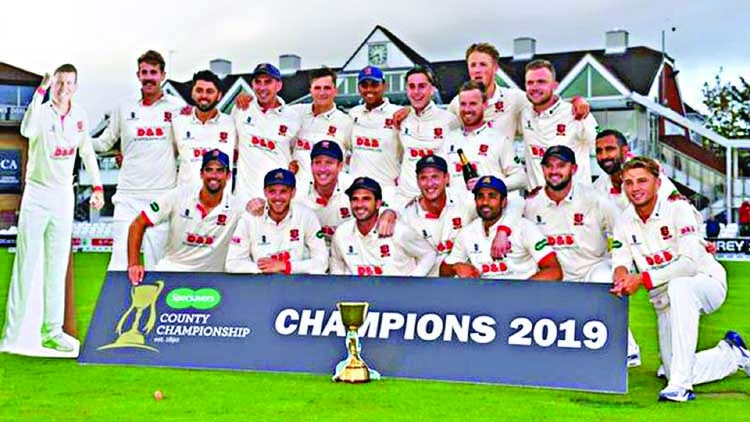 Essex won the County Championship title last season. -BBC
The county cricket season will not start until at least 28 May because of the coronavirus crisis.The England and Wales Cricket Board said "given the current information available, a seven-week delay... is the most appropriate approach".
It said it is possible that the season could start behind closed doors, with fans able to watch live broadcast action. The County Championship was due to begin on 12 April. England are not scheduled to play until 4 June, when they start a three-Test series against West Indies.
The ECB said work had started on possible revised schedules for the men and women's game to begin in June, July or August, covering international and domestic matches.
ECB chief executive Tom Harrison said: "During this period of deep uncertainty it is the ECB's first priority to protect the wellbeing of everyone within the cricket family, from players, to fans and colleagues across the game. "
The decision to delay the start of the season has been essential, given the circumstances the nation faces. "I am reassured by the collaborative effort from across the game that together we will make the very best of whatever length of season we are able to safely schedule in the coming months.
"Securing the future of the game will be a primary focus as we plot a revised schedule with an emphasis on the most financially important forms of the game for the counties across international and domestic cricket."
The T20 Blast, the domestic 20-over competition which is the most lucrative for counties, is set to start on 28 May. The Hundred, the ECB's new 100-ball tournament featuring eight city franchises, is scheduled to run in July and August, while the 50-over One-day Cup is due to begin in July.Earlier this week, England bowler James Anderson said "there's a chance we might not even bowl a ball this summer".