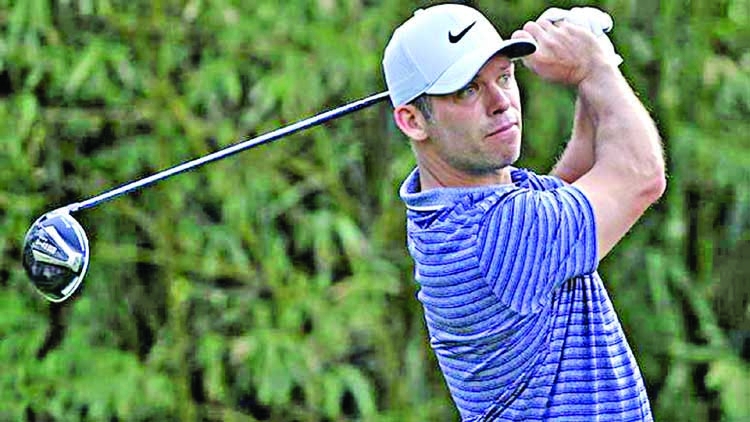 Paul Casey says he would support any decision to postpone this year's Ryder Cup because of the coronavirus.The Masters and PGA Championship are looking for new dates and a string of tournaments have been cancelled. Asked whether the Ryder Cup, scheduled for September, should be delayed for a year, Englishman Casey said: "Yes is the answer to that.
"I am never a fan of postponing stuff but it's been postponed before, so why can't it happen again?" The Ryder Cup was delayed by 12 months in the wake of the 2001 9/11 attacks, which shifted the biennial event to even-numbered years. Already the Masters and PGA Championship are looking for new dates and a string of tournaments have been cancelled on the the PGA and European tours.
There has been speculation, described as inaccurate, that plans are being made to delay Europe's defence of the trophy against the United States by a year. It is due to be played at Whistling Straits in Wisconsin this September. "As disappointing as that would be, you want it to be as good as possible, as spectacular as possible," Casey added.
"If it's going to put lives at risk then we have to and that's an obvious. Yes, I think it's a really strong possibility, would I support it being postponed? If it has to, then yes I would."
This week Casey should have been trying to win the PGA Tour's Valspar Championship for the third time in a row. He is aware of the difficult scheduling implications that lie ahead for those who run the game.
Instead of defending the title in Tampa, Casey is kicking a football around with his young son and bike riding. Hisclubs remain in their flight bag, with courses near his Arizona home severely restricted from the fallout of the pandemic.
The 42 year old, whose elderly parents have just returned to England from South Africa is acutely aware oftheseriousness of the current situation. Within that context, he is frustrated at not defending the crown he won for the last two years. "I'm obviously disappointed," he said.
"I was looking forward to going for three in a row, but it's amazing how quickly things have changed."The situation is no longer about golf. It's about worrying about people's safety, people's health and the economic impact of that."
Ranked 24th in the world, Casey is currently outside the qualifying berths for what would be a fifth Ryder Cup. Hisranking is also not eligible for August's Olympics should they go ahead.