UK's NHS could be overwhelmed by coronavirus like Italy: Johnson 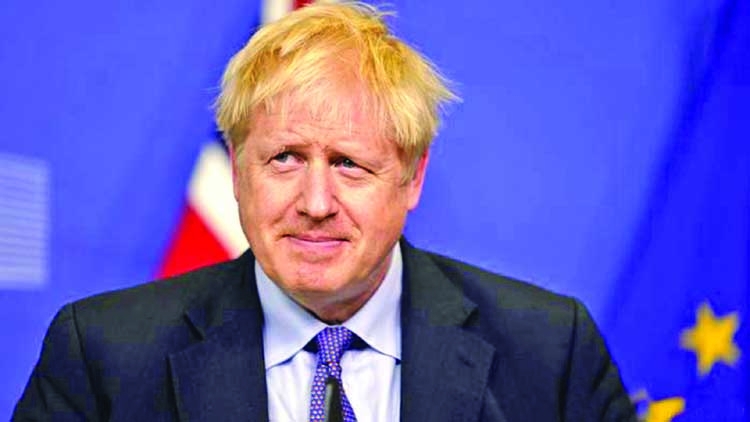 British Prime Minister Boris Johnson
Britain's National Health Service (NHS) could be "overwhelmed" by the coronavirus like the Italian health system in just two weeks, Prime Minister Boris Johnson has warned in the face of rising numbers of deaths.The death toll in Italy - the world's worst-hit - reached almost 5,000 on Saturday, while in Britain it hit 233.
In comments carried in the Sunday Telegraph and other Sunday newspapers, Johnson again urged Britons to stay at home to stop the spread of the virus. "The numbers are very stark, and they are accelerating. We are only a matter of weeks - two or three - behind Italy," he said.
"Unless we act together, unless we make the heroic and collective national effort to slow the spread - then it is all too likely that our own NHS will be similarly overwhelmed," he said. Italy overtook China as the country worst affected by the highly contagious virus on Thursday. The Italian government has ordered that all businesses must close until April 3 in its latest desperate effort to halt the epidemic. The last week has seen Johnson's government quickly step-up warnings over the virus.
It has closed schools for most pupils, told pubs and restaurants to shut and asked people to avoid unnecessary social interactions so that intensive care units in the country's state health care system can handle the epidemic. On Saturday Britain's NHS struck a deal with the independent hospital sector, giving the institution more ventilators and thousands of extra beds and healthcare staff on hand from next week.
Britain also urged 1.5 million people identified by the NHS as being at higher risk of severe illness if they contract coronavirus to not leave their homes, to protect themselves.But Johnson cautioned that from the Italian experience, even the best hospitals could be overwhelmed by COVID-19, the disease caused by the coronavirus.
"The Italians have a superb health-care system. And yet their doctors and nurses have been completely overwhelmed by the demand," Johnson noted. He advised people to keep away from elderly parents on Sunday, which is Mothering Sunday in Britain."The single best present that we can give ... is to spare them the risk of catching a very dangerous disease," he said.
---Reuters, London