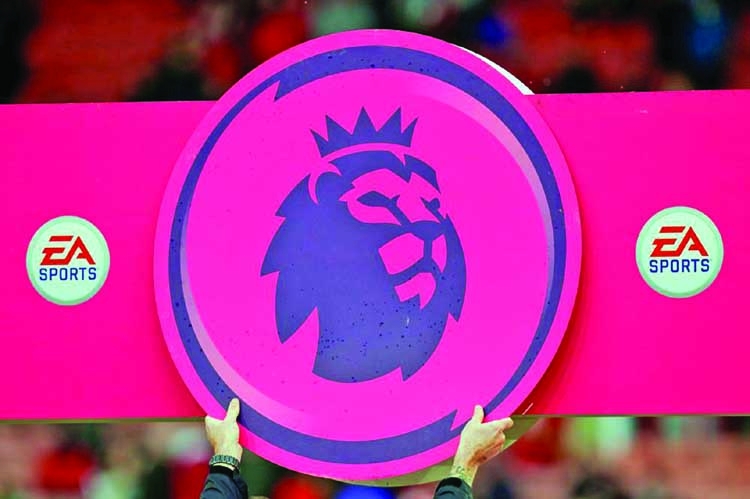 The English Premier League is tentatively targeting a resumption on June 1 with a view to completing the season over six weeks before making an August start to the 2020-21 campaign, the Sunday Telegraph reported on Sunday.
The report said the sketchy plan was a "best-case scenario" aimed at mitigating the heavy losses clubs are sustaining as they continue to pay wages while football remains shut down because of the coronavirus pandemic. On March 13, all elite level soccer matches in England, including the Premier League, were suspended until April 4 with that stoppage subsequently extended until April 30.
The postponement of the Euro 2020 championship for a year, however, has cleared space in the calendar for domestic competitions to finish if the public health situation allows. Player contracts, some of which end in June, could be an issue although world governing body FIFA has said it is looking into possible 'dispensations'. Under the plan being considered, the Telegraph said, the Premier League and FA Cup competitions would be resumed with matches played behind closed doors.

The 2020-21 campaign would get underway after a short break on Aug. 8, the report said, allowing the league to fulfil its commitments in the second season of three-year broadcast deals worth 9.2 billion pounds ($10.73 billion).