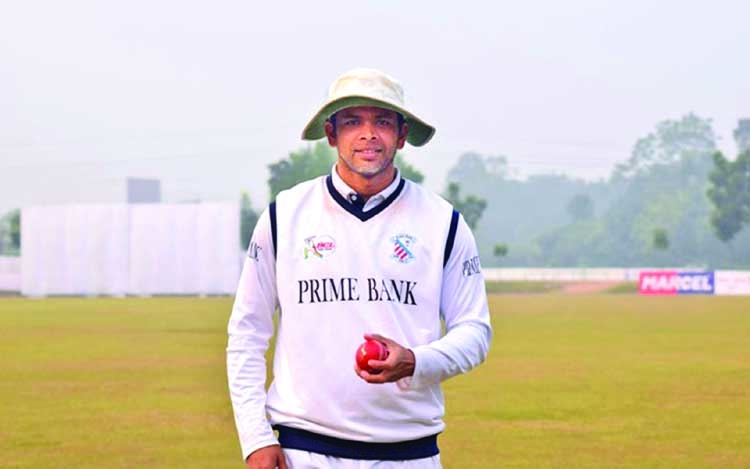 Abdur Razzak
Former Bangladesh left-arm spinner Abdur Razzak confirmed on Sunday that he recently got a offer from Bangladesh Cricket Board (BCB) to become national selector.
Earlier, former chief selector Faruque Ahmed's departure has left the BCB selection panel with two selectors and the board was in the look-out for the third member.
Razzak, 37, has been a reputed name in the country's cricketing circles and the board was interested to hire him as a selector. Akram Khan, chairman, cricket operations, told a local newspaper that they approached Razzak and he has taken time since he was playing in Bangabandhu Dhaka Premier Division Cricket League recently.
The league has now been postponed because of the Coronavirus pandemic which has claimed two life in Bangladesh.
"I have told Habibul Basher to give Razzak our proposal. Razzak is taking time as he is playing in the league. He may want to play longer as well," Akram told the media. Razzak said he is well aware of BCB wanting him as selector and said he is taking some time to decide "yes they have contact me. I have need some time to decide about this . I told them that I will let them know after the DPL matches. DPL is postponed now. Now I can think about this," Razzak told the media on Sunday.
Abdur Razzak has played in 13 Tests, 153 ODIs and 34 T20Is between 2004 and 2018 in which the slow left-arm orthodox bowler has claimed 279 wickets. He continues to be a prominent player in Bangladesh's local league. He has 634 wickets in 137 first-class games and 412 wickets in 280 List-A matches.
"It is not an easy decision to leave cricket for the new job. One has to take time to decide about any decision so that he has no regrets," he added. Shahriar Nafees and Monjural Hossain were two other contenders for the selectors' posts but they have not been contacted by the board.