PM for elimination of racial discrimination 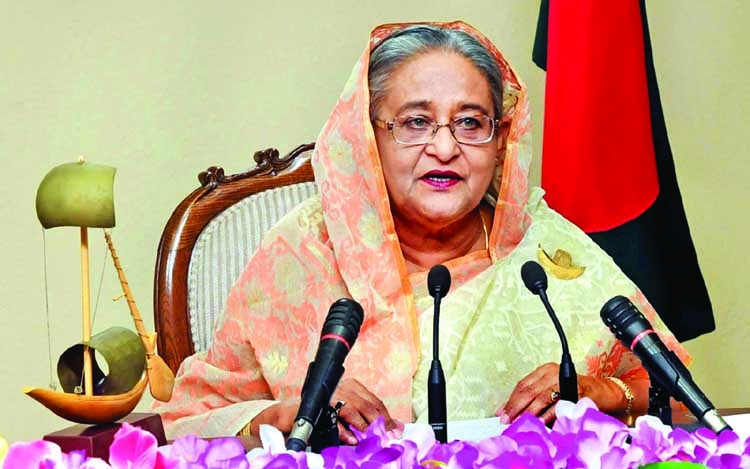 Prime Minister (PM) Sheikh Hasina on Sunday called for the elimination of racial discrimination to fight against all kinds of racism, racial discrimination and xenophobia.
In a massage on the occasion of the 'International Day for the Elimination of Racial Discrimination-2020', she said, "I join the international community in renewing our unwavering commitment to fight against all kinds of racism, racial discrimination and xenophobia and promoting tolerance, inclusion, unity and respect for diversity."
The premier also said that Bangladesh is a land of religious pluralism where people of different ethnic and religious identities have been living in peace and harmony since time immemorial, reports BSS.
"The greatest Bangalee of all times, Father of the Nation Bangabandhu Sheikh Mujibur Rahman, guaranteed in our Constitution- the equality to all citizens irrespective of religion, race, caste, sex, or place of birth," she said. Drawing on the ethos of our Liberation War, she said that the people of Bangladesh denounce any form of oppression, deprivation and dominance and stand firmly beside minorities and people facing discrimination anywhere in the world.
As a state party to the International Convention on the Elimination of All Forms of Racial Discrimination, Bangladesh remains committed to fulfilling its obligations, Sheikh Hasina said."We support the relevant resolutions of the UN on combating and eliminating racial acts and discrimination in the true spirit of multilateralism," she added.
The prime minister urged all concerned to spread the message of 'Culture of Peace' to promote understanding, dialogue and cooperation amongst and between all races, civilizations, cultures, and religions.She went on saying: "Bangladesh underscores the need for countering the growing ultra-nationalist tendencies thriving on racial prejudice, hatred, and violence across various parts of the world."
She said the international community needs to act united to check the spread of such ideological trends.To this end, the prime minister said: "We support the United Nations Strategy and Plan of Action on Hate Speech to counter incitement to discrimination, hostility and violence."
"As we step into the Decade of Action for the implementation of the Agenda 2030, we urge all member states to exert threshold maximum efforts to eliminate racial discrimination to ensure a dignified life for every human being," she continued.