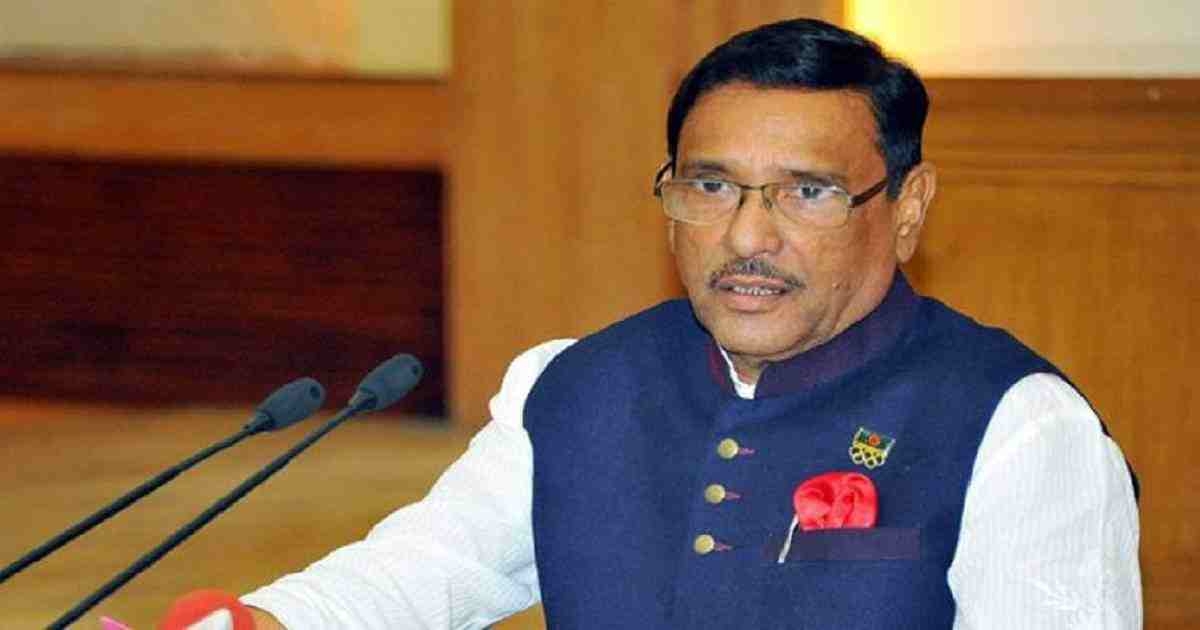 Road, Transport and Bridges Minister Obaidul Quader on Monday said a 500-member committee has been formed to tackle the coronavirus situation in the country.
The committee has been formed with prominent doctors of Bangladesh Medical Association following a directive by Prime Minister Sheikh Hasina and committee will coordinate with the sub-committees of the Health Department, said Quader while briefing reporters on current affairs at the secretariat.
The government has taken several steps to face the situation, he said adding,”Various important programmes of Mujib Year were rearranged and several were cancelled. All programmes of the Independence Day have been cancelled.”
Quader, also the general secretary of ruling Awami League, urged grassroots public representatives to raise awareness among people about coronavirus.
Replying to a question, he said there is no food crisis in the country. “The government will take action if anyone stockpiles food,” he said.
A list will be prepared on overseas returnees and that will be given to local administration and the heath department, said Quader.
He also asked people to contact helpline numbers for any help or inquiry.
Quader also directed party leaders to remain alert against all fake news and rumours over coronavirus.
Meanwhile, death toll from coronavirus, which was first reported in China, reached 14,655 globally (a mortality rate of 13 percent) on Monday. So far, 337,570 people have been infected, according to worldometer.
Of them, 224,031 are currently being treated with 10,553 being in serious or critical condition. Since the beginning, 98,884 (87percent) patients recovered.
Bangladesh has so far reported two deaths and confirmed 27 cases. Coronavirus, labelled a pandemic by WHO, is affecting 192 countries and territories around the world and one international conveyance.
On Saturday, the government cancelled Independence Day ceremonies, a civic reception at Bangabhaban and the Swadhinata Padak distribution programme.
The government has been taking a slew of measures to curb the spread of coronavirus and advised people to avoid public gatherings.