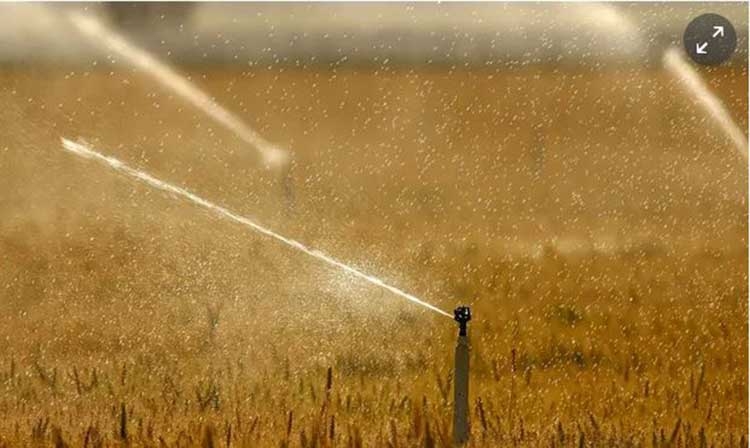 Decades of chronic underfunding of water infrastructure is putting many countries at worse risk in the coronavirus crisis, with more than half the global population lacking access to safely managed sanitation, experts said as the UN marked World Water Day. Good hygiene - soap and water - are the first line of defence against coronavirus and a vast range of other diseases, yet three quarters of households in developing countries do not have access to somewhere to wash with soap and water, according to Tim Wainwright, chief executive of the charity WaterAid.

A third of healthcare facilities in developing countries also lack access to clean water on site. "It's really obvious that in Africa and parts of Asia we should be very fearful of what is to come," he said.
Bengali carpenter Ijarul had to flee Kerala because of the deadly Covid-19 outbreak. Loss of livelihood meant empty food plates for the family. On a whim, he had bought a lottery ticket. He won. What he anticipated as a period of no work and hard times, has now changed. In the wake of the outbreak of the deadly coronavirus, Ijarul, was compelled to leave Kerala, where he worked as a carpenter. With his meager earnings, he could not afford the AC coach and came all the way back to Bengal in a packed train. He then took another passenger train to his home at Mirzapur, in Beldanga, Bengali newspaper Ei Samay reported.
British Prime Minister Boris Johnson has urged 1.5 million people with underlying health issues to self-isolate for at least three months and said Britain's medical system is only two or three weeks away from being swamped, as has happened to the Italian health service. "Unless we act together, unless we make the heroic and collective national effort to slow the spread - then it is all too likely that our own NHS will be similarly overwhelmed," Johnson said.

In comments timed to coincide with Mothers Day on Sunday (March 22) in the UK, the prime minister said families should stay away from elderly parents to spare them the risk of catching the coronavirus.
As an accomplished writer, Rachel Johnson is understandably narked to be known primarily as "the sister of Boris Johnson", or nowadays, "the sister of the prime minister". Readers of her new book, Rake's Progress, are reminded, repeatedly, how much she dislikes being introduced as "Rachel Johnson, sister of Boris, as if it's my day job, like being a plumber, rather than an accidental side hustle of biology". Section headings such as "Sister of Boris" and "Sister of the PM" also emphasize how much she has minded her own reputation becoming entwined with that of the Etonian shagger. They made my brother prime minister", extracts from and publicity for the book can only have further promulgated this calumny, just when extreme social distance from the prime minister might be, for more sensitive family members, as merciful as it is wholesome.