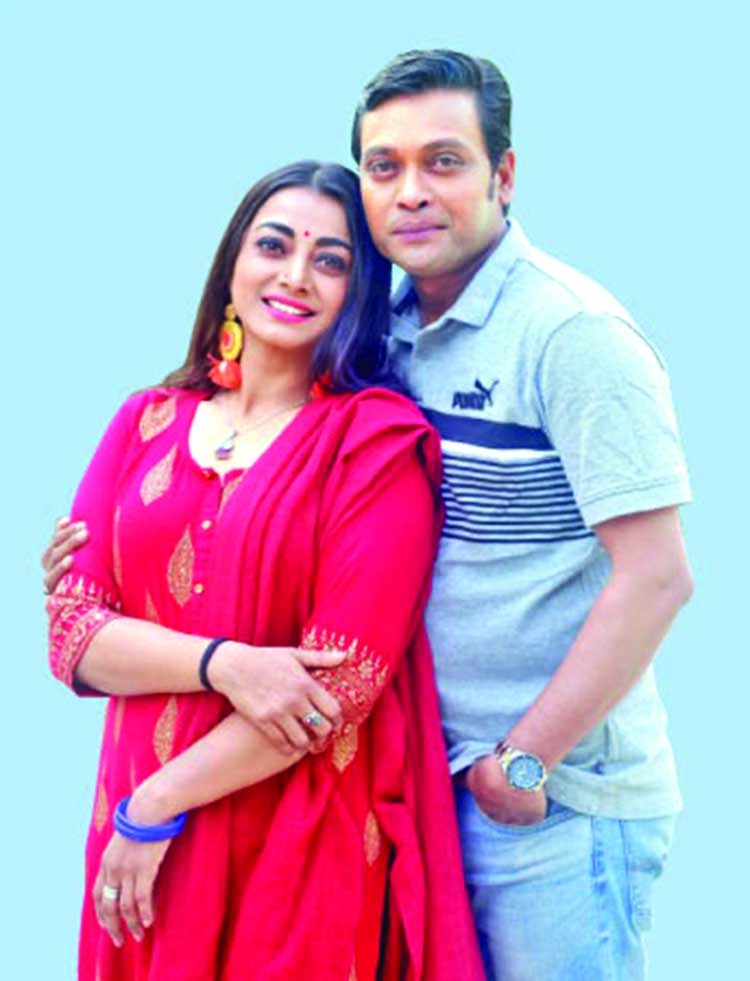 Popular small screen duo, Anisur Rahman Milon and Nazia Haque Orsha worked together in many plays based on romantic, comedy and serious typed stories which made them a popular pair among the viewers. On the occasion of coming Eid-ul-Fitr, this duo will appear together in an Eid special tele-drama titled 'Ajo Sei Tumi' directed by Shakal Ahmed. From the main story written by Tanzila Ahmed, the script of the tele-drama is written by Rajib Ahmed.
The shooting of the drama took place in a shooting house in the capital's Uttara area recently. Regarding the plot of the tele-drama, actor Milon said, "The story of the drama moves forward with a minor issue between a husband and a wife. Having learned his wife is unable to give birth, husband never let her wife know the matter.
But the wife wants to have a baby as she is unaware of her own condition. The situation leads them to quarrel and misundersta-nding. At one point, wife comes to know about her infertility from a third person. With a psychological story like this, the tele-drama has been made."
"Shakal as always has tried to make the drama with lots of care. Orsha and I have an amazing chemistry on screen which can be seen in our performance in this tele-drama too", Milon added.
"Milon Bhai (Anisur Rahman Milon) always delivers very natural performance. The story and character reflect on his eyes and face whenever he acts. Truly speaking, working with him always gives me a unique pleasure. On the other hand, I like Shakal Ahmed's making style very much from the beginning", Orsha said on her part. 'Ajo Sei Tumi' will be aired on Maasranga Television on the eve of upcoming Eid-ul-Fitr.