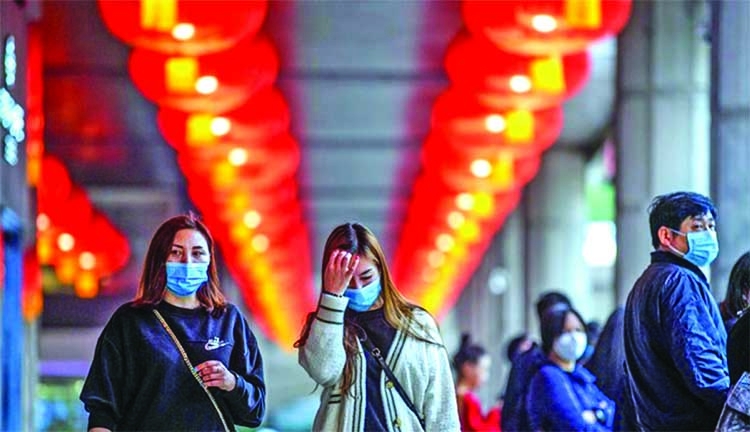 Almost 200 nations and territories are experiencing the harshest concussions of deadly coronavirus, also known as COVID-19, which broke out in the Chinese city of Wuhan. The virus has so far taken the lives of at least 15,000 people with more than 360,000 cases of infection round the globe.
There are media reports that China has won the war against the devil virus. However, western nations including world-class medical equipment supplier Italy are desperately fighting against COVID-19. But they are yet to see any silverlining. Italy tops the list of deaths with almost 6,000 casualties. Spain has lost more than 2,200 people while France lost nearly 700 nationals.
The USA and the UK are also fighting against the virus with 479 and 335 deaths respectively. However, the number of deaths in China remains almost unchanged for a couple of days which is 3,270 with no fresh cases of infection. Chinese President Xi Jinping visited Wuhan recently with no muzzle. The country has announced sending medical teams to coronavirus-hit countries including Italy.The world is yet to introduce any antidote to the killer virus. How can China announce victory over coronavirus so early?
There are discussions among different quarters that there is hidden reason behind such claim to beat a murderous element within a spell of more than two months.China is of the authoritarian nations that strictly reign in the natural flow of information. State-run media in many cases doesn't depict the real scenario and that is why the world is literally in the dark about the reality of Beijing's claim.
One of the reasons behind the claim of the communist state could be an effort to save its sprawling economy. This virus has already struck the backbone of the country's imperialistic economy. China's Road and Belt initiative has stumbled largely due to the lashes of the virus.
Chinese companies have ownerships in different bourses in the world including Dhaka Stock Exchange. Share markets across the globe nose-dived due to the spread of the virus. Of course, Bangladesh's stock market and banking sector have been experiencing an unnatural trend for long.
So, there is no alternative to defeating COVID-19 to save its indomitable and expansionary economy. Most probably China is out to save its image by declaring victory over coronavirus.It's too early to believe and enjoy such an announcement when the rest of the world is still at war with this deadly virus.