'Allow shipments and production to continue' 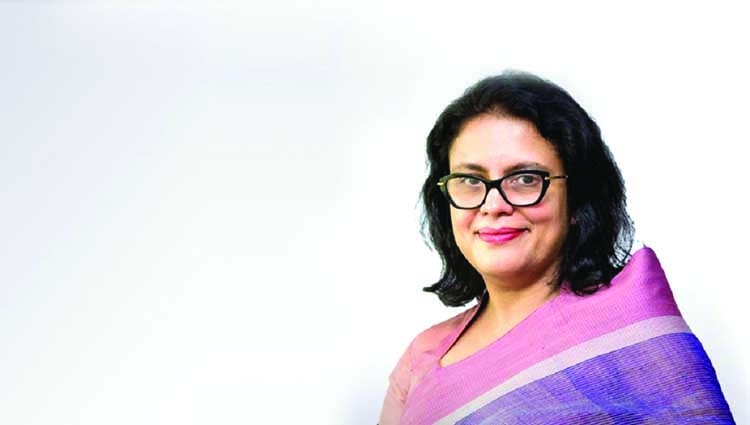 Bangladesh Garment Manufacturers and Exporters Association (BGMEA) has urged the international community and brands to take in all their goods and allow shipments and production to continue till July at least. So far it's been $1.5 billion lost, impacting the lives of 1.2 million workers, BGMEA President Rubana Huq said.
She said while the COVID-19 wreaks havoc globally, fate of Bangladesh industry and workers has ended up being uncertain.
With brands handing out cancellations and deferment, we have no idea what tomorrow holds, said the chief of the country's apex body of the apparel industry. She said without orders and empty production spaces, all the workers run a risk of being totally unemployed for a long time to come, reports UNB.
For us it comes down to a level of bare minimum survival mode, while the western world still has the privilege of having bailouts from their privileged governments, she said.
On that consideration, Rubana called upon the international community to surface with a renewed pledge to support the workers of Bangladesh, if not just the businesses. The BGMEA chief is reaching out the countries and brands with the request.
I will be writing to all, Rubana told media mentioning that the embassies will also be kept informed.She has already written to German Fed­eral Minis­ter for Eco­nomic Co­op­er­a­tion and Development Dr Gerd Müller and urged him to kindly immediately address all their brands sourcing from Bangladesh to not cancel or hold any shipment up.

While the businesses in Germany receive government support and address their losses, at our end we have an existential problem as we have to pay our workers, the letter reads.She informed the German Minister that they have given brands the assurance that they can pay 90 days later but they still need to take the ordered goods.
In the face of cancellation, it is only evident that we will fail to pay our workers which will create serious social unrest and I am certain the no German brands would like to see that happen in their account, the letter sent to German Minister reads.
This unfortunate occurrence, Rubana mentioned, is a disaster that neither humanity nor commerce can afford.She said Bangladesh has a different manufacturing reality and they would be deeply grateful if the German Minister could kindly urge the German brands to take in all their goods, and allow shipments and production to continue till July at least.
Without this support, we will have a disastrous impact on our labor force and our businesses, Rubana mentioned.