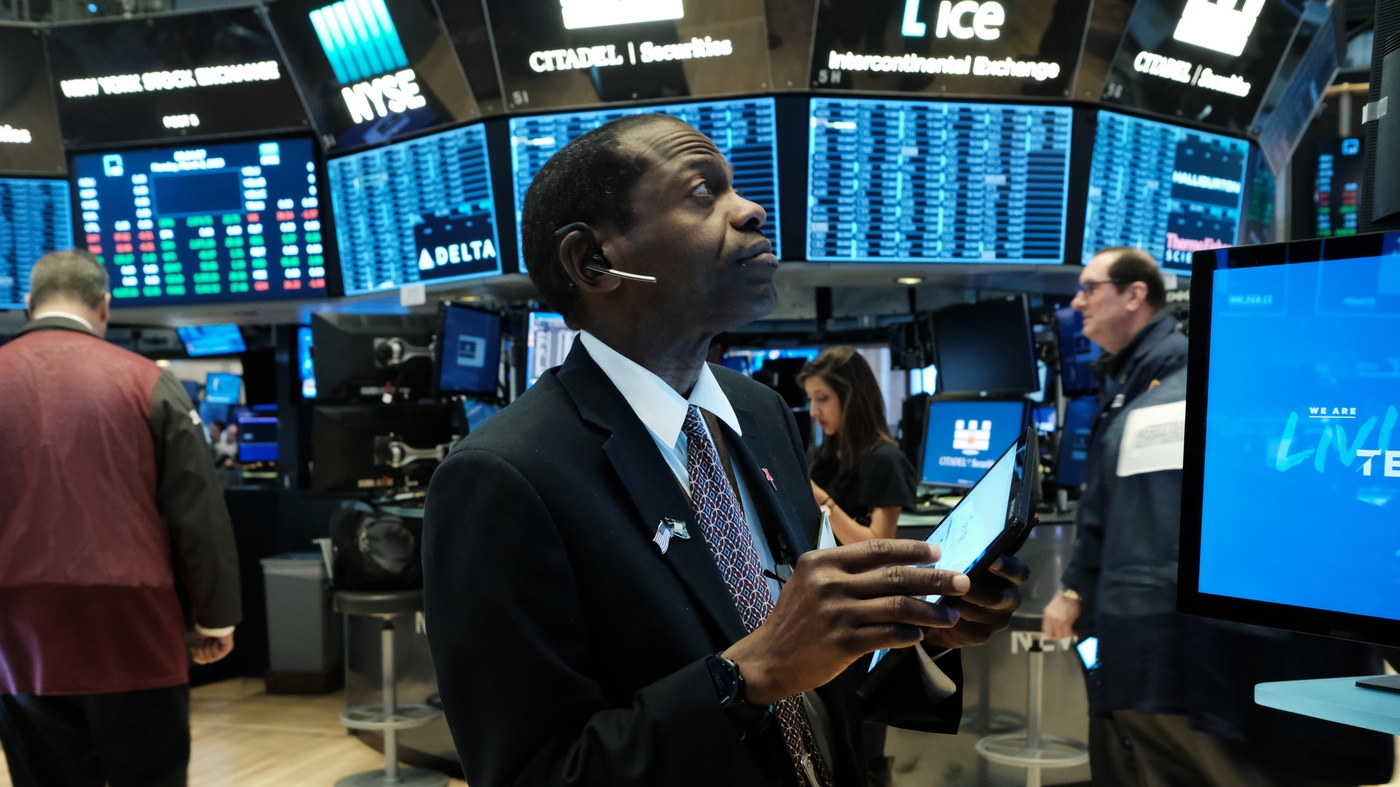 Financial markets in Europe and the US have continued to fall despite fresh action by the Federal Reserve to support the American economy.
The US central bank said it would buy as much government debt as needed to soothe markets, while providing new financing for households and firms.
Shares in Europe and the US rose on the news, but soon fell back as Congress remained divided over further relief.
Investors are worried about economic damage due to the coronavirus.
In making its announcement, the Federal Reserve said the pandemic was "causing tremendous hardship across the United States and around the world".
"Aggressive efforts must be taken across the public and private sectors to limit the losses to jobs and incomes to promote a swift recovery once the disruptions abate," it said.
However, a broader US bailout bill worth almost $2tn being debated in Congress failed to advance for a second time, after Democrats said proposed financial relief for industries such as airlines would not do enough to help workers.
The Dow Jones and S&P 500 fell about 3%, while the tech-heavy Nasdaq dipped almost 0.3%. The Dow and S&P have now lost more than three years of gains made since US President Donald Trump became president.
In London, the FTSE 100 closed nearly 3.8% lower, while Germany's Dax dropped 2% and France's CAC 40 fell 3.3%. Earlier, Asian stock markets closed sharply lower.
Russ Mould, investment director at AJ Bell, said: "We really are in the thick of a global crisis and markets are showing little sign of optimism as the new trading week gets underway.
"Events are moving so fast that it is difficult for investors to truly understand what's going on with businesses."
US stocks have already fallen by around a third since the middle of last month, while even areas of investment normally seen as safe havens, such as the bond market, are under stress as hard-hit funds are forced to sell good assets to cover losses elsewhere.
The declines come as countries around the world, including the UK, have announced new measures to slow the spread of the virus, including ordering people to stay at home and closing down bars and restaurants. In the UK, fast food chains McDonald's and Nando's are among the firms closing their doors.
As activity slows, numerous companies have announced job cuts or furloughs.
On Monday, those firms included Boeing, which said it would suspend production at its factories in Washington state and General Electric, which said it would cut 10% of its aviation workforce.
Kristalina Georgieva, managing director of the International Monetary Fund, said the shock to global growth will produce "a recession at least as bad as during the global financial crisis or worse".
The Organisation for Economic Co-operation and Development has warned that the world will take years to recover from the coronavirus pandemic.
Angel Gurría, OECD secretary general, told the BBC the economic shock was already bigger than the financial crisis and it was "wishful thinking" to believe that countries would bounce back quickly.
In the US, the Federal Reserve had already slashed interest rates and intervened to stabilise debt markets, in an effort to cushion the blow to the economy.
On Monday, it said it would expand its holdings of government-backed debt as needed to keep financial markets working smoothly. It also announced plans to loosen requirements for banks to encourage them to keep lending, while taking steps that would provide up to $300bn more financing for employers and consumers. It is working on a lending programme for small and medium sized businesses as well.
In Asia, the Hang Seng index in Hong Kong fell by nearly 5%, while China's Shanghai Composite lost 2.4%.
New Zealand's main share index started the day down by more than 10%, but recovered some ground to close 7.6% lower.
The ASX 200 in Sydney dropped more than 7% in early trading and closed down 5.6% at the end of the trading session.
In India, where a 14-hour curfew was announced, its Sensex index fell 10%, triggering a "circuit breaker" and a 45-minute trading halt. It continued its slide to fall 12%.
“It would be a brave, or foolish, man to call the bottom in equities without a dramatic medical breakthrough,” said Alan Ruskin from Deutsche Bank.