China, Britain agree to support WHO's role in combating COVID-19 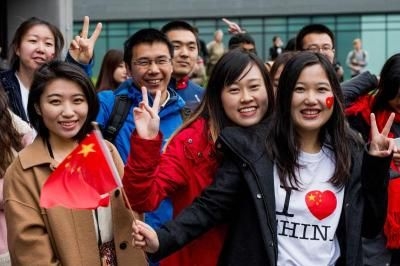 Chinese President Xi Jinping and British Prime Minister Boris Johnson spoke over phone on Monday night and voiced support for the role of the World Health Organization (WHO) in the global fight against the COVID-19 pandemic.
On behalf of the Chinese government and people, Xi extended sincere sympathies to the British government and people over their fight against the coronavirus disease. Upon request, he introduced China's epidemic prevention and control measures.
Xi stressed that China hopes Britain will enhance coordination with China to minimize the risk of the epidemic's spread while ensuring necessary flow of people and trade.
China is ready to provide support and help for Britain, said Xi, adding that he is confident that Britain will surely prevail over the epidemic under Johnson's leadership.
Reiterating that the Chinese government attaches great importance to protecting the health and safety of Chinese citizens overseas, Xi expressed his hope that Britain will take concrete and effective measures in safeguarding the health, safety and legitimate rights of Chinese nationals on its soil, particularly those studying in Britain.
Viruses know no national boundaries or races, and only by working together can mankind win the battle against them, Xi pointed out.
He called on all nations to push forward cooperation within the frameworks of the United Nations and the Group of 20 (G20), enhance the sharing of information and experience, boost collaboration in scientific research, support the WHO in playing its due role, and improve global health governance.
They should also increase macro-economic policy coordination, so as to stabilize the market, maintain economic growth, safeguard people's well-being, and keep the global supply chains open, stable and safe, added the Chinese president.
Xi said he believes that after beating the COVID-19 pandemic, China and Britain will have deeper mutual understanding and more extensive consensus, as well as broader prospects for bilateral cooperation.
A notice of temporary closure is seen on the door of the Odeon Cinema in central London, Britain, on March 21, 2020. As of 9a.m. (Photo by Tim Ireland/Xinhua)
For his part, Johnson said he congratulates the Chinese government and people on the remarkable achievements they have made in epidemic prevention and control with strenuous efforts and enormous sacrifices.
At present, the COVID-19 situation in Britain is grave, he said, adding that Britain has been studying and learning from China's useful experience and taking scientific and effective prevention and control measures.
He said the British side thanks China for its valuable support and help, and will do its best to take care of the health and safety of Chinese nationals in Britain, especially the students.
The prime minister said he fully agrees with Xi that no country can wall itself off from the epidemic and all countries should strengthen cooperation. Britain, he added, supports the WHO in playing an important role, and hopes that all parties will deepen relevant cooperation within G20 and other multilateral frameworks.
Noting that China and Britain will hold the 15th Conference of the Parties to the Convention on Biological Diversity and the 26th UN Climate Change Conference respectively this year, Johnson said the two sides should take them as opportunities to promote international cooperation in health and epidemic prevention.
He added that he looks forward to maintaining close contact with Xi and visiting China at an early date after the epidemic, so as to jointly promote the development of Britain-China relations.