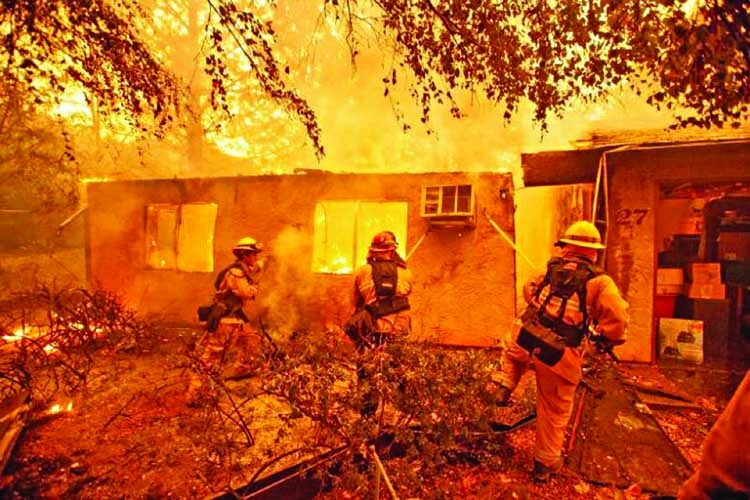 He added: "All of us at PG&E deeply regret this tragedy and the company's part in it."Obsolete equipment, wooden power poles and uncleared land around high-voltage lines have been blamed for triggering the fires, and PG&E was accused of putting its profits ahead of safety.The company will pay the maximum US$4 million (S$5.8 million) in fines, and finance rebuilding costs, including restoring water access lost in the fire's destruction of a canal, it said.
PG&E filed for bankruptcy last year after facing billions of dollars in lawsuits over multiple fires since 2015.It said on Monday that settlements reached with individuals and local agencies totaled over US$25 billion.The settlement announced on Monday still needs bankruptcy court approval."We cannot replace all that the fire destroyed but our hope is that this plea agreement, along with our rebuilding efforts, will help the community move forward from this tragic incident," said Johnson.
---AFP, Los Angeles