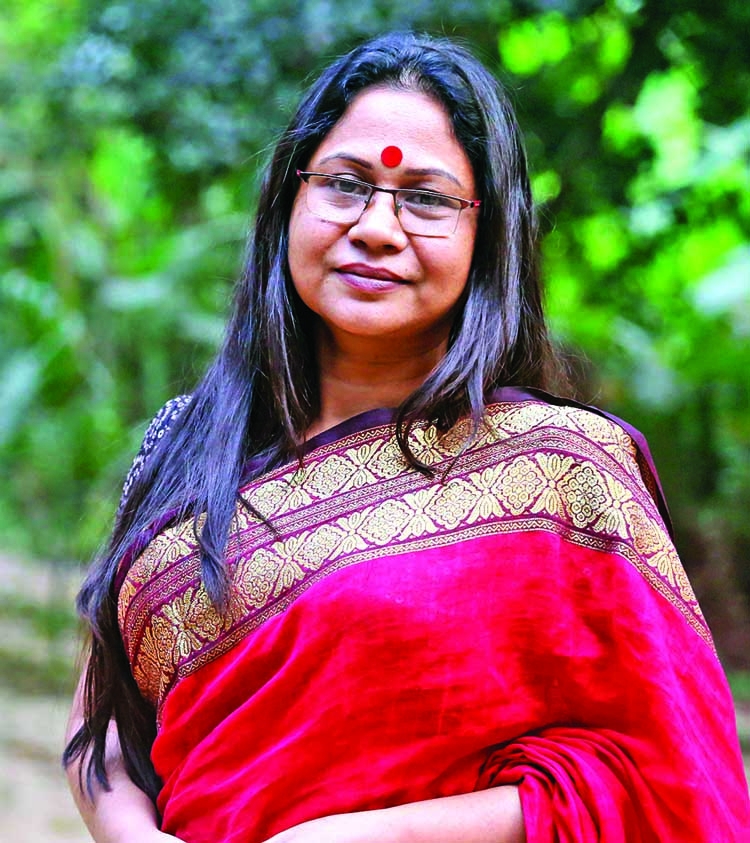 Reshmee is seen to act either in role of mother/sister or any other challenging role. Sometimes it is happened that she has to take part in shooting of two plays in a day because Reshmee is reliable to the directors to act in some roles which made her a full-fledged actress.
She has to engage with shooting of TVC or telefilm or docu-drama. She has to remain busy with shooting in and outside Dhaka. In fact, to love acting, she came into media. She has acted in mentionable works till now.
On the occasion of Bangabandhu Sheikh Mujibur Rahman's birthday, Reshmee acted in a telefilm titled 'Jonok O Sontan'. She played in an important role in this telefilm.  Hailed from Kachua of Chandpur, Reshmee is passing busy time in her acting career now. Every day she remains busy with acting.
While talking about her present engagement Reshmee said, "With Allah's blessings I am passing busy time now. It is a great achievement for me that directors always keep their confidence on me and giving to work in different roles. I am an actress.
I want to establish myself as an actress to work in multidimensional roles. I want to survive getting viewers' love. I am grateful to them who co-operated me in the long journey of my acting career. Right now I pray may Allah save us from Coronavirus."
However, Reshmee recently took part in shooting of Rahat Mahmud's play titled 'Janalar Opar'. She has already taken part in shooting of a docu-drama of BRAC in Manikganj. She also finished shooting of Sohel Arman-directed play 'Mitthey Prem' with Apurba and Tanha, and Tanim Rahman Angshu's play titled 'Celluloid'.