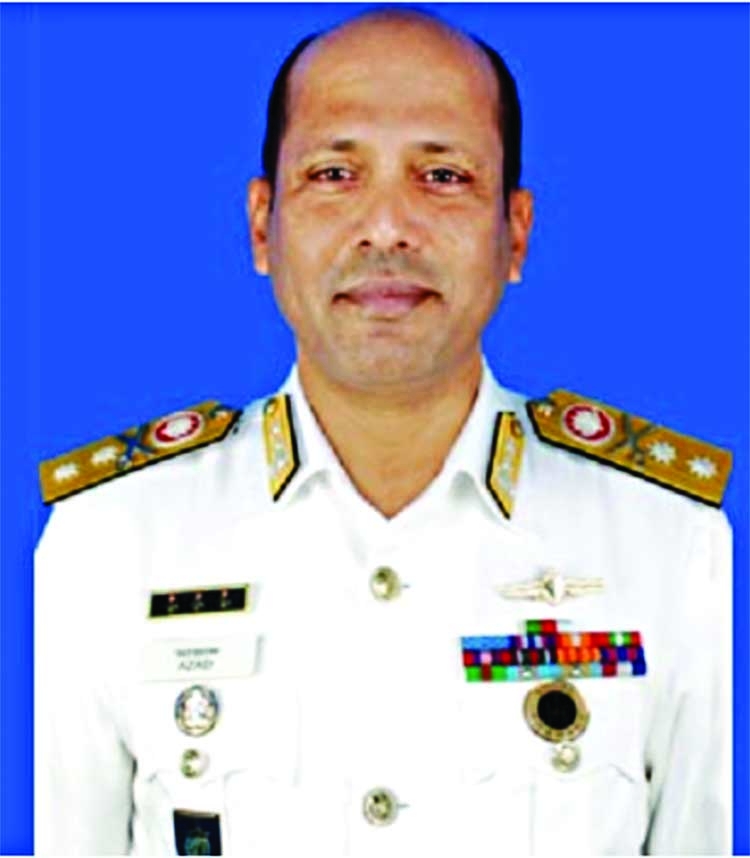 The government has appointed Real Admiral SM Abul Kalam Azad as the chairman of the Chittagong Port Authority. He previously served as the chairman of the Mongla Port Authority. The Public Administration Ministry issued the order on Sunday.
Rear Admiral SM Abul Kalam Azad's job has been transferred to the Ministry of Naval Affairs. On the other hand, Chittagong Port Authority Chairman Rear Admiral Zulfiqar Aziz has been assigned to the Armed Forces to return to the Navy. Rear Admiral Sheikh Abul Kalam Azad was born on April 30, 1967 in a noble Muslim family of Kumarakhali Upazila in Kushtia district. His father is Sheikh Osman Gani and his mother is Mrs. Khodeja Begum.

He joined the Bangladesh Navy in January 1985 and received commission in the Executive Branch. Rear Admiral Abul Kalam Azad have displayed his competency in various professional sectors at home and abroad.
He completed international sub-lieutenant courses and elementary staff courses from the Royal Naval College in London, Turkish language courses and song writing specialization courses from Turkey, International Humanitarian 'Law' courses from India and USA. In addition, he completed the NDC course from the National Defense College.
He is a former student of Pabna Cadet College. During his service, Rear Admiral Sheikh Abul Kalam Azad performed important duties on various ships and bases. He has served as director of various ships and worked at various posts including director and frigate at various departments of the Navy. He served as captain of BNS Titumir and Issa Khan.