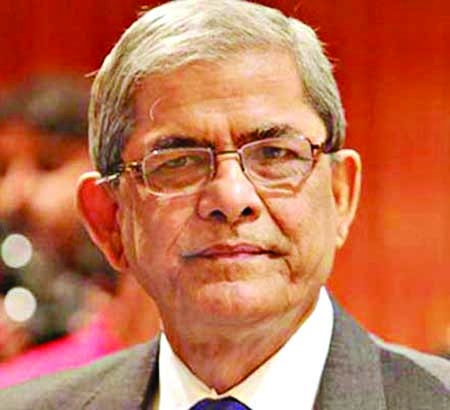 BNP secretary general Mirza Fakhrul Islam Alamgir said the worry of the country's people and their party about Khaleda's health condition has eased as the 'government has decided' to free her.
He said this while talking to reporters after a meeting of BNP standing committee members at her Gulshan residence in the city on Tuesday. Mirza Fakhrul said, "It (conditional release) is not comprehensible to us as her family submitted an application seeking her release and advance treatment."
The BNP leader further said, "Nevertheless, BNP leaders and activists, the people of the country now feel relieved as she is going to be released as per her legal and constitutional right. We hope she can get out of jail soon."
He called upon BNP leaders and activists not to gather Bangabandhu Sheikh Mujib Medical University and hold back their emotion for the safety of Khaleda and other patients at the hospital amid the spread of coronavirus in the country."We call upon our leaders and activists to remain calm and exercise restraint and avoid any gathering. You please play a responsible role in this regard," the BNP leader said.
He also asked the party rank and file also not to throng near Khaleda's Gulshan residence as it may cause harm to her. "About Khaleda's treatment, Fakhrul said her personal doctors will provide her treatment at her residence. "We're contacting her personal doctors and taking steps to ensure her treatment at her residence."
He also said it depends on Khaleda's decision that whether she receives treatment at her residence or any hospital.Asked about their feelings over the government's decision, Fakhrul said, "We've got a little bit of emotional, but also a little bit relaxed. We're also afraid that whether such release may cause any harm to her.