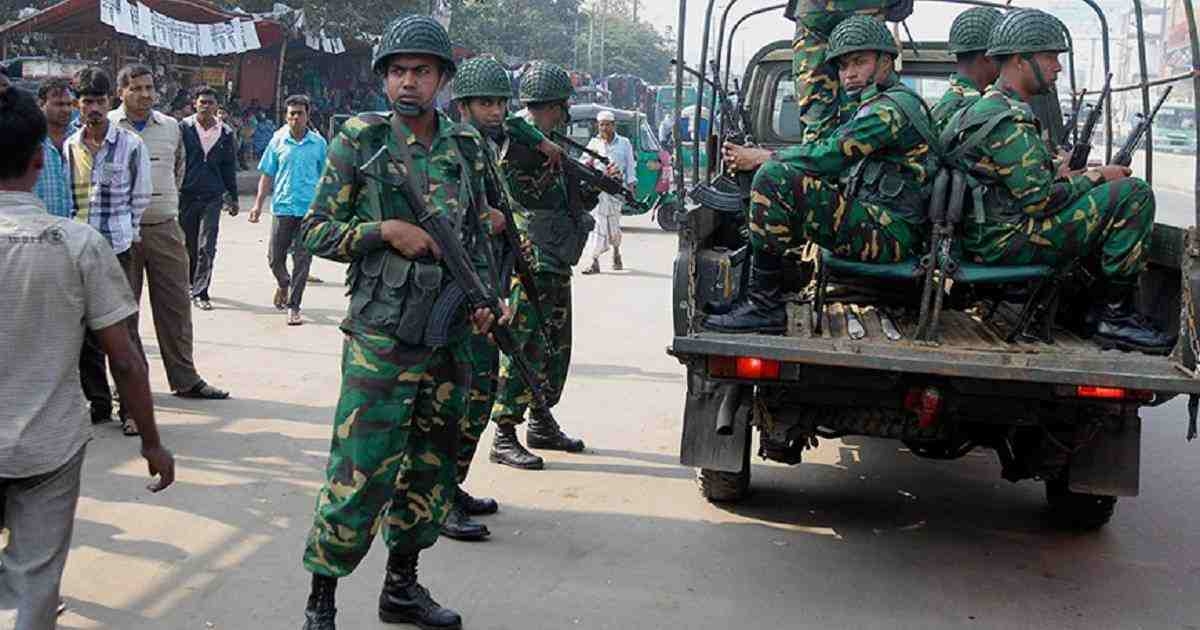 Members of the Armed Forces started their fieldwork in Bangladesh's capital Dhaka and elsewhere in the country on Wednesday morning to help the civil administration ensure that people maintain social distancing and coronavirus suspects remain in quarantine to prevent the spread of the deadly virus.
Rashedul Alam Khan, assistant director at the Inter Services Public Relation (ISPR) Directorate, said members of the Bangladesh Army started their work in the morning as per the government’s decision.
Another ISPR Assistant Director Rezaul Karim Shammi said Bangladesh Navy men began their activities in 19 coastal upazilas under five districts.
Besides, members of Bangladesh Air Force remain standby to respond to any emergency situation to airlift necessary medical supplies and emergency transport, he said.
On Monday, the government decided to deploy members of Armed Forces -- Army, Navy and Air Force -– ‘in aid to civil power’ to tackle the coronavirus situation.
Following the government’s directives, army members were sent to all the districts on Tuesday as part of the deployment. They also held coordination meetings with the local administration.
They are set to prepare lists of coronavirus-infected people and assist the civil administration to take effective steps to ensure that those returned from abroad remain in home-quarantine.
Army will also provide medical assistance at the division and district levels, if necessary.
The Armed Forces members are wearing personal protective equipment (PPE) while on duty.
Sources at the ISPR Directorate said members of Bangladesh Navy were deployed in 19 upazilas of six coastal districts on Tuesday. The upazilas are Sadar, Borhanuddin, Doulatkhan, Charfasson, Monpura, Lalmohon and Tajumuddin in Bhola district, Sandwip in Chattogram district, Hatiya sans Sobarnachar in Noakhali, Teknaf, Kutubdia and Maheshkhali in Cox’s Bazar, Mongla in Bagerhat and Sadar and Amtali, Betagi, Bamna, Patharghata and Taltali upazilas of Barguna district.
Bangladesh on Tuesday confirmed its fourth death from coronavirus and reported six more new cases, taking the number of cases to 39.
However, the number of Covid-19 patients in the country is now 30 with the death of four and five already making recovery.