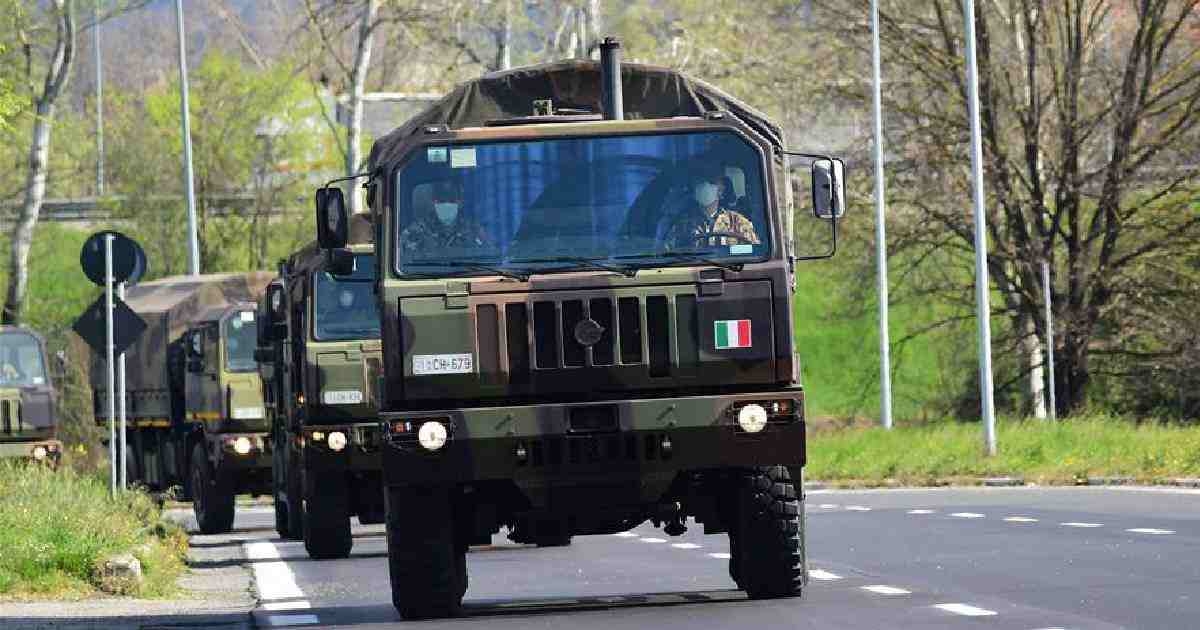 The coronavirus continued to sweep across Europe, with the combined number of confirmed cases on the continent exceeding 200,000 as of Tuesday evening, accounting for half of known cases worldwide.
Globally, the number of coronavirus cases crossed the 400,000 mark as of 1725 GMT on Tuesday, and the deaths globally were 17,454, according to the U.S.-based Johns Hopkins University, which is tracking the COVID-19 spread in real-time.
In just five days, Europe's number of confirmed cases jumped from 100,000 to 200,000. The four hardest-hit European countries remained the same -- Italy, Spain, Germany and France -- with their total cases now topping 150,000 in combination.
REBOUNDING IN ITALY
In Italy, the numbers of both new cases and deaths rebounded on Tuesday. At a daily routine press conference, Civil Protection Department Chief Angelo Borrelli said Italy reported 5,249 new cases of coronavirus and 743 new deaths in the last 24 hours.
Italy's number of new cases rebounded from 4,789 on Monday, reversing a day-to-day decline in new cases recorded over the previous five days.
The number of new deaths also rebounded from 602 deaths on Monday and 650 deaths on Sunday. It was the second highest daily toll only after Saturday's 793 since the epidemic broke out in northern Italy on Feb. 21.
The COVID-19 disease had claimed 6,820 lives as of Tuesday evening in Italy, a nation that has lost more lives than any other country to the pandemic.
The cumulative number of coronavirus cases in Italy reached 69,176, the most outside China, and 54,030 people are currently positive for the coronavirus, according to official data.
Despite the disappointment, the World Health Organization (WHO) on Tuesday updated the latest situation on the COVID-19 outbreak, saying that there was a glimmer of hope in Italy, as there were fewer new cases than in the previous several days.
However, the WHO said that it was still far too early to claim that the tide had turned, and the situation there needed to be carefully observed in the coming days.
WORSENING IN SPAIN, FRANCE
Spain has the second highest number of coronavirus cases in Europe, only after Italy. The number of COVID-19 cases in Spain had risen to 39,373 on Tuesday, including 5,400 health workers, while that of deaths rose to 2,696 in a 24-hour span.
In neighboring France, 240 more COVID-19 patients died in the last 24 hours, bringing the country's death toll to 1,100. France became the fourth country to have more than 1,000 fatalities related to COVID-19, after China, Italy and Spain.
France's number of new cases rose by 2,153 in 24 hours over Monday, taking the country's total confirmed cases to 22,302, Director-General of Health Jerome Salomon said.
A total of 10,176 people are hospitalized, including 2,516 in the intensive care units, said Salomon at a daily briefing. "We are still in a situation that worsens rapidly," he said.
In Germany, confirmed cases of COVID-19 increased by 4,764 in 24 hours to 27,436 as of Tuesday, according to the German government agency for disease control and prevention Robert Koch Institute.
In addition, another 12 European countries have registered more than 1,000 confirmed infection cases -- Switzerland, Britain, The Netherlands, Austria, Belgium, Norway, Portugal, Sweden, Denmark, the Czech Republic, Ireland, and Luxembourg.
STRICTER MEASURES
Since March 10, Italy, Spain, France and several other European countries had one after another imposed virtual national lockdowns to contain the infectious disease. But the novel coronavirus is showing no sign of abating, forcing them to roll out extra anti-virus measures.
Starting on Tuesday, France's lockdown rules and measures have become stricter. People are allowed to go out for a walk with their children or to exercise once per day for no more than one hour, and within one kilometer of their home.
France was put into lockdown on March 17 for at least 15 days. French Health Minister Olivier Veran said on Tuesday that his country will remain in lockdown as long as needed to halt the spread of the virus. "As long as it (the confinement) should last, it lasts," he said.
Separately, France's scientific council said the lockdown should last at least six weeks after it was put in place. "At present, confinement is the only really operational strategy," the council said in its recommendations.
Also on Tuesday, Italian Prime Minister Giuseppe Conte said that his government has approved a new decree introducing fines of 400 to 3,000 euros (430 to 3,228 U.S. dollars) for people caught violating the government's anti-coronavirus lockdown rules.
Under the lockdown rules, people are not allowed to leave their homes except for buying food, going to the pharmacy, walking their dogs, or going to work if they are employed in key sectors such as health care or food production. People are also not allowed to travel between municipalities.
Conte added that the new decree gives regional governors the power to impose stiffer lockdown rules if needed.
In Spain, the government confirmed on Tuesday that it had "agreed to ask Congress for the authorization to extend the State of Alarm until April 12," adding that "the request will be debated and voted on tomorrow, Wednesday."
A State of Alarm is the first of three emergency levels that the Spanish government can apply under exceptional circumstances.
In Finland, which had 792 confirmed cases by Tuesday afternoon, the government on Tuesday decided to ask parliamentary approval for powers to isolate the Uusimaa province, including the capital Helsinki, and to close restaurants.