Coronavirus spreading in New York like 'a bullet train' 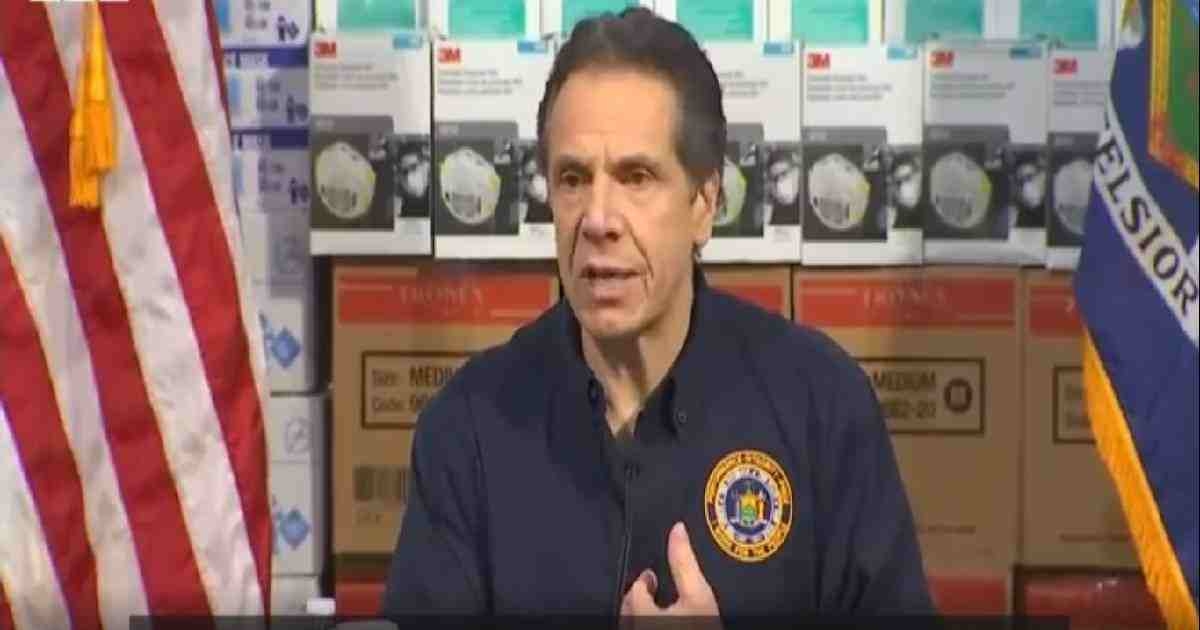 New York Governor Andrew Cuomo has pleaded for medical supplies, warning Covid-19 is spreading in his state faster than "a bullet train", reports BBC.
"The apex is higher than we thought and the apex is sooner than we thought," Mr Cuomo told reporters on Tuesday.
He said the federal government was not sending anywhere near enough lifesaving equipment to confront the crisis.
New York now has over 25,000 confirmed virus cases and at least 210 deaths.
The World Health Organization (WHO) said on Tuesday the US has the potential to become the new epicentre of the coronavirus pandemic.
The warnings come as President Donald Trump said he hoped the US would reopen for business next month.
What did Governor Cuomo say?
"We need federal help and we need the federal help now," Mr Cuomo, a Democrat, said.
"New York is the canary in the coal mine, New York is happening first, what is happening to New York will happen to California and Illinois, it is just a matter of time."
The governor blasted the 400 ventilators sent to New York from the US Federal Emergency Management Agency.
He said: "You pick the 26,000 people who are going to die because you only sent 400 ventilators."
New York currently has 7,000 ventilators, but needs 30,000, the governor said.
Mr Cuomo continued: "The [infection] forecaster said to me, 'We were looking at a freight train coming across the country.'
"'We're now looking at a bullet train.'"
The state is also looking into creating more healthcare areas, possibly by turning college dormitories and hotels into makeshift hospitals.
With 25,665 cases in New York, the state accounts for more than half of all US infections.
The number of new cases in the state is doubling every three days, the governor said, and showing no sign of slowing down.
Mr Cuomo said the rate of infections could overwhelm the healthcare system. New York may need up to 140,000 hospital beds in a worst-case scenario, he said.
The governor also said he would not "put a dollar amount on human life", in what was seen as an implicit criticism of Mr Trump's concerns that measures to contain the virus could wreck the US economy.
"My mother is not expendable and your mother is not expendable," said Mr Cuomo.
What did President Trump say?
On Tuesday, President Trump told Fox News he hoped the country could get back to normal by Easter, which is 19 days away.
Mr Trump, a Republican, said: "We're going to be opening relatively soon... I would love to have the country opened up and just rearing to go by Easter."
He added: "Easter is a very special day for me... and you'll have packed churches all over our country."
Mr Trump also warned that otherwise the country could suffer "a massive recession or depression".
The president said: "You're going to lose people. You're going to have suicides by the thousands. You're going to have all sorts of things happen.
"You're going to have instability. You can't just come in and say, 'Let's close up the United States of America, the most successful country in the world by far.'"
Speaking at a White House briefing later, Mr Trump said "our decision will be based on hard facts and data as to the opening [of our country]".
According to the latest Gallup poll, his approval rating has risen five points this month to 49%, the best of his presidency.
What is the current US situation?
There are over 53,000 confirmed cases and more than 700 deaths attributed to Covid-19 in the US.
Dr Deborah Birx, of the White House coronavirus taskforce, said the New York City metro area was the source of 56% of all cases and 60% of all new cases in the country. She advised anyone leaving the region to self-quarantine for two weeks.
On Tuesday, Wisconsin, Delaware, Massachusetts, New Mexico, West Virginia and Indiana were introducing stay-at-home orders, bringing the total number of US states under such lockdowns to 17.
Lawmakers on Capitol Hill have been debating the details of an economic stimulus package that could total over $2 trillion (£1.7 trillion).
Democrats and the White House indicated negotiations could conclude on Tuesday, with Treasury Secretary Steve Mnuchin saying "the president wants us to get this done today".