Africa cases over 2,000 as South Africa rushes into lockdown 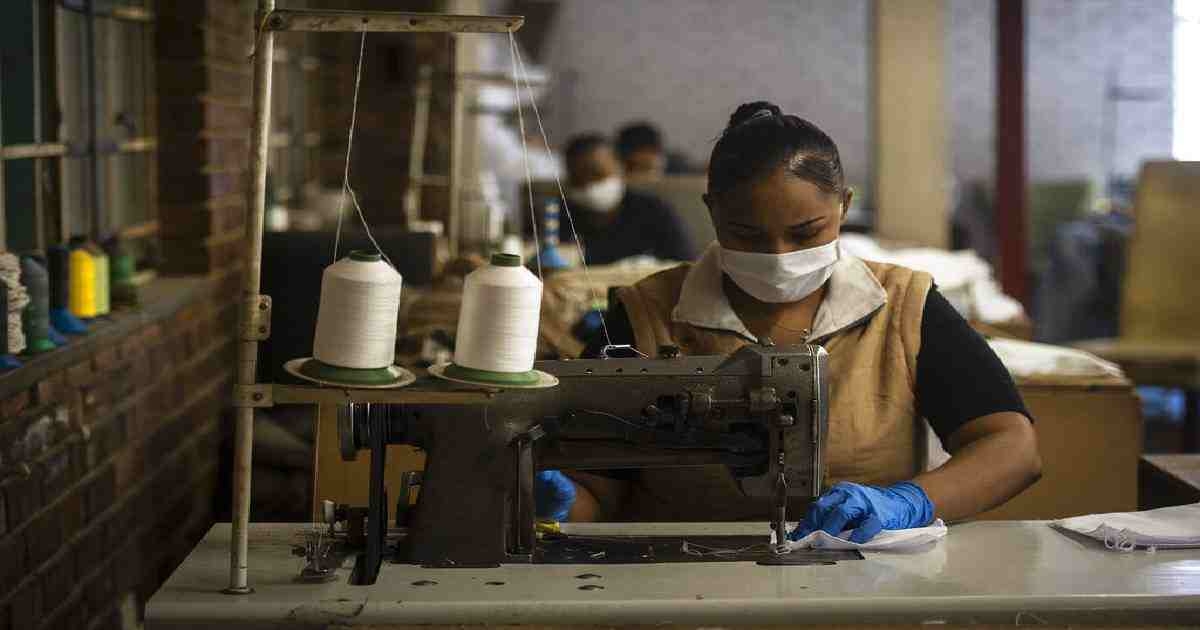 Customers started behaving oddly about a week ago, visibly dejected street vendor Frank Mojapelo said. Some were wary to exchange cash. Some backed away, or refused to touch him.
Now, an unprecedented lockdown looms in South Africa over the coronavirus, with a country of 57 million people told to stay home starting Friday. Virus cases leapt again to 554 on Tuesday, the most of any country in Africa. Forty-three of the continent's 54 countries now have cases, with the total at 2,046, the Africa Centers for Disease Control and Prevention said.
The next few weeks will be tough, Mojapelo said. Though people will be allowed to leave home under "strictly controlled circumstances" to access essential items, he doubts he can continue selling boiled eggs, candy and homemade pickles out of the trunk of the car that he pulls up onto the Johannesburg sidewalks.
Small businesses expect to suffer. And that pain could grow across Africa as more countries impose tougher measures. Economies are expected to take a severe hit as borders close and trade drops.
Africa needs a $150 billion emergency financing package, Ethiopia's government said in a proposal to the G20 global forum for economic cooperation ahead of the G20 summit.
"COVID-19 poses an existential threat to the economies of African countries," the proposal said. It also proposes that all interest payments to government loans, and part of the debt of low-income countries, should be written off.
Rwanda and Tunisia also have announced lockdowns. In South Africa, determined shoppers are making their last runs for supplies as authorities try to reassure the public that food will not run out.
Nelson Pombo, who runs his own supermarket in Johannesburg, said he hoped to make more sales during the lockdown as people try to avoid bigger supermarkets, where social distancing has been difficult.
"People will be too scared to go to bigger shops to avoid the virus," he said. "I will also be spraying hands with sanitizers to make sure they are safe in the store." Mixed with his confidence, however, was worry that some suppliers would increase their prices because of the high demand.
Workers across South Africa will be required to stay home except for those in essential services including health care and security as well as the production and distribution of food, utilities and medical products.
A significant number of last-minute customers and workers wore face masks or gloves as businesses such as hair salons seized the chance to make more money before the lockdown pinched wallets.
Fanuel Mamova, who was accompanied by his two children after schools were shut down last week, said he only bought the basic goods — flour, toilet paper, cooking oil — which will last for only a week.
"Even if we wanted to buy more, we cannot because we are only getting paid our salaries at the end of the month," he said.
South Africa's economic hub of Gauteng, which includes Johannesburg and the capital, Pretoria, has the country's highest number of infections with 302, followed by the Western Cape, which includes the city of Cape Town, with 213.
Health Minister Zweli Mkhize said officials expected the number of cases to continue to rise despite the lockdown, but changes might be seen around the end of the second or third week of the lockdown.
"We must not be shocked when we see the increase," Mkhize said.
Elsewhere in Africa, the West African nation of Niger recorded its first virus-related death. Authorities said a 63-year-old man who was brought to a hospital Monday tested positive for the virus after he died Tuesday. Niger's health minister also reported three new cases, bringing the country's total to six.
South Sudan closed its borders as the country struggling to rebuild from a five-year civil war tried to prevent the virus from arriving. Some senior government officials and others were not complying with orders to be checked for fever at the airport in the capital, Juba, said the undersecretary in the health ministry, Dr. Makur Matur Koriom.
Nigeria's ban on international flights began. And Zimbabwe's president said the country was closing its borders to all but returning residents.